Ash Barty overwhelms Su-Wei Hsieh to reach the last eight at the Eastbourne International, where she will meet No.1 seed Caroline Wozniacki. 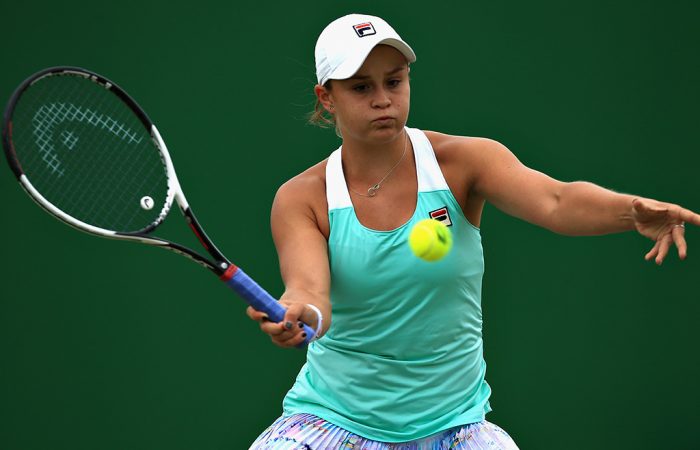 Ash Barty’s impressive grass-court season continued thanks to a dominant display against Su-Wei Hsieh of Chinese Taipei in Eastbourne.

Later on Wednesday, John Millman outlasted No.5 seed Leonardo Mayer 7-6(7) 7-6(4) to take his place in the last eight.

Barty made it through more comfortably than the Dane, winning the first 10 games against Hsieh and shortly after that arriving at a 6-0 5-1 lead.

The world No.52 staged a late fightback and closed the gap to 5-4, but on Barty’s second attempt at serving out the match the Aussie made no mistake.

Barty, who won the WTA title in Nottingham before a second-round finish in Birmingham last week, has won eight of her nine grass-court matches this month.

She is the eighth seed in Eastbourne, and will attempt to beat Wozniacki for the first time after two prior losses.

Fellow Queenslander Millman will next face fourth seed Marco Cecchinato after his win over Mayer in two hours, his fourth victory of the grass-court season.

Millman saved two set points in the second set and is now projected to rise to world No.58, equalling his career-high ranking.

Cecchinato beat Denis Istomin in three sets to take his place in the quarterfinals opposite Millman.

Thursday’s schedule in Eastbourne sees Barty take on Wozniacki in the third match of the day on Centre Court, while Millman plays Cecchinato second on Court 1.