Wagga Wagga Tennis Association is opening up their courts through the new initiative to encourage local residents to get involved in tennis. 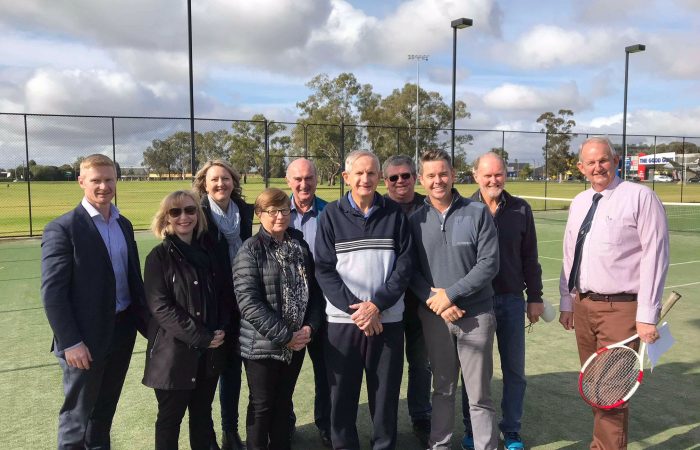 Wagga Wagga Tennis Association is opening up their courts through the new initiative to encourage local residents to get involved in tennis.

Club members, locals, tennis fans and occasional players will be able to book courts at their leisure with the club’s new booking system.

The improved booking process allows players to book and pay online, with players then given a PIN that provides access to the court and turns on the lights at their designated time.

The new process provides both flexibility and freedom for players who can now easily access courts.

Wagga Wagga Tennis Association Facilities Manager and Southern Sports Academy CEO Mark Calverley said the new system would be a great benefit to the club and the community.

“Any innovation that can provide our members and the wider community with greater access to facilities is a real positive,” Calverley said.

“We remain committed to investing in upgrades and technology for the Jim Elphick Tennis Centre to ensure that Wagga Wagga has one of the best regional sports facilities in regional NSW.”

Tennis Australia Director of Participation Paul Cammack said he hoped the new program would encourage more people to take to the court.

“The Book a Court program continues to unlock tennis clubs around Australia by giving flexible and convenient access,” Cammack said.

“Whether your last match was years ago or you’re a regular player, we encourage you to get back on court at your local club and benefit from the lifelong health and social benefits that tennis provides.”

The initiative recently won an award for Excellence in Innovation at the Australian Sports Commission (ASC) Participation Awards, recognising an ASC-funded sporting organisation that continues to evolve and encourage participation through various strategies and initiatives.

Players can book online at www.tennis.com.au/wwta.