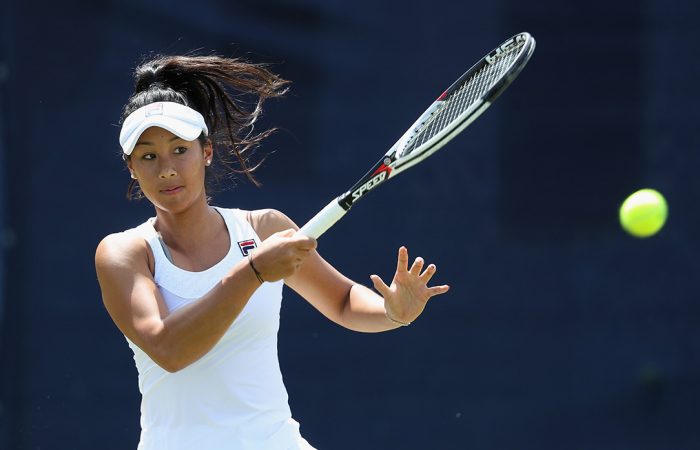 Priscilla Hon was the biggest mover in the WTA rankings this week, rising 19 places to a new career-high of No.164.

The 20-year-old from Queensland reached the semifinals at an $100K ITF tournament in Surbiton last week.

A top 100 debut is the reward for Alex De Minaur after his impressive run to the final in Surbiton. After defeating three top 100-ranked opponents in the British grass court tournament, De Minaur’s ranking jumps from No.105 to a new career-high of No.96. The 19-year-old is one of only three teens inside the world’s top 100.

Matthew Ebden, who lost to De Minaur in the semifinals, improves his ranking by four places to No.69. It is the 30-year-old’s highest ranking since May 2014.

There are now five Australian men ranked inside the world’s top 100, and a further six inside the top 200. This includes Bernard Tomic, whose ranking is on the rise after he qualified for Roland Garros. The 25-year-old’s ranking improved 25 places to No.181.

John Peers remains Australia’s top-ranked man in doubles, sitting at No.7. He is one of 16 Australian men currently inside the world’s top 200.

Ash Barty is Australia’s top-ranked woman in doubles at No.9.  There are now eight women ranked inside the world’s top 100, with Ellen Perez making her debut in the elite category this week. The 22-year-old’s ranking improved 11 places to a career-best No.97 after winning the Surbiton title alongside compatriot Jessica Moore. Moore’s doubles ranking is now at a career-high of No.78.