Wheelchair Tennis will join the sporting lineup at the 2018 Invictus Games. The games are an international sporting event for wounded, injured and ill veteran and active service personnel. 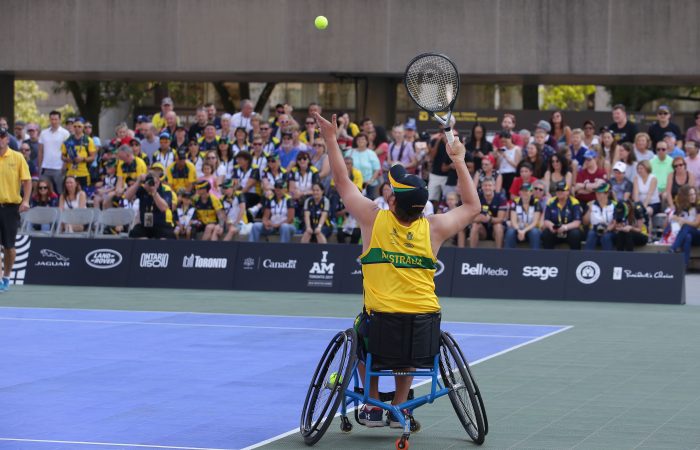 Wheelchair Tennis is set to join the Invictus Games Sydney 2018 in October.

The games are an international sporting event for wounded, injured and ill veteran and active service personnel which aim to showcase the power of sport to inspire recovery, support rehabilitation, and generate a wider understanding of and respect for those who serve their country.

The wheelchair tennis competition will be held at the Sydney Olympic Park Tennis Centre and play will take place across two days.

“Tennis Australia has a long history of supporting wheelchair tennis and we are proud to support the tennis event at the Invictus Games in Sydney as well as providing our expert operations team to conduct the event,” said Craig Tiley.

“Tennis provides so many life-changing opportunities and we’ve seen how important it can be as part of rehabilitation, both physically and psychologically, for those wounded, injured or ill as a direct result of their service.”

Invictus Games Sydney 2018 recognises the support of Tennis Australia and the International Tennis Federation to deliver this event.

“It’s the ultimate test of agility and precision and is popular with competitors and spectators alike,” he said. “We’re looking forward to building on the great success of wheelchair tennis at Invictus Games Orlando 2016 and Toronto 2017.

“It provides a wonderful opportunity for those whose recovery and rehabilitation has been inspired and supported by participation in wheelchair tennis.”

The countdown is on to Invictus Games Sydney 2018. Tickets are available now at invictusgames2018.org. Don’t miss your chance to celebrate the healing power of sport and cheer on our wounded warriors over eight days of fierce competition from 20 to 27 October 2018. Be inspired. Be entertained. Be there.