Alex De Minaur admits he needs to get stronger after straight-sets loss to No.16 seed Kyle Edmund in Paris. 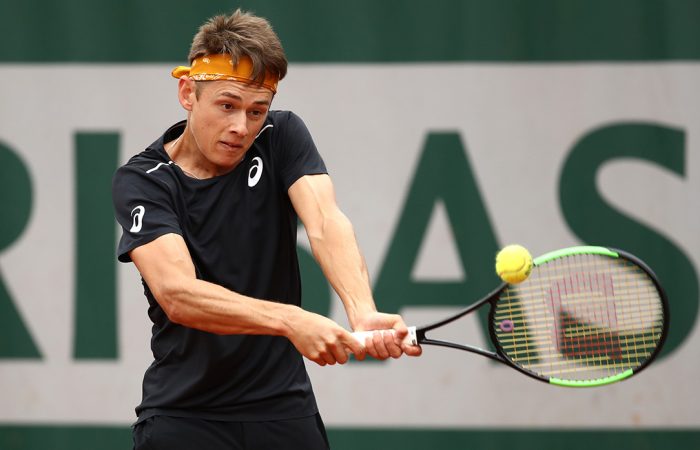 Rising Australian tennis star Alex De Minaur accepts he must beef up after being handed a Grand Slam reality check in Paris.

De Minaur admitted Edmund – four years his senior, 14 kilograms heavier and eight centimetres taller – had blown him off the court for the second time in less than a month.

“It’s not a great match-up for me. He manages on clay to really just overpower me and hit me off the court,” the 19-year-old said.

“But that’s something I’ve got to improve, got to work on, and just get better for next year’s clay season to hopefully be able to do better.

“Clay is where you get found out the most if you’re not as strong as other people, because you’ve got to generate a lot more power and slower courts, it’s not as easy to move. It’s slippery.

“It’s gym (work), what I’ve been doing. But it doesn’t happen overnight. It’s work in progress.”

De Minaur has slashed his ranking in half in 2018 to No.105 in the world after a charge to the semifinals in Brisbane in January, then to his maiden ATP final the following week in Sydney.

Both of those events were on hard courts – and the red dirt in Europe is a whole new ball game as De Minaur discovered.

“We pretty much had the same match (against Edmund) in Estoril a couple of weeks back and it’s something I’ve got to make sure I work on to make sure it doesn’t happen again,” he said.

“I’m really happy with where my game’s at. I’ve still got to improve in many aspects and that’s part of the enjoyment about getting out there and improving every day.”

A Wimbledon junior finalist in 2016, De Minaur will now head to England to prepare for the grass-court Grand Slam starting on July 2.