Sam Stosur is feeling confident as she prepares for her 15th French Open campaign. 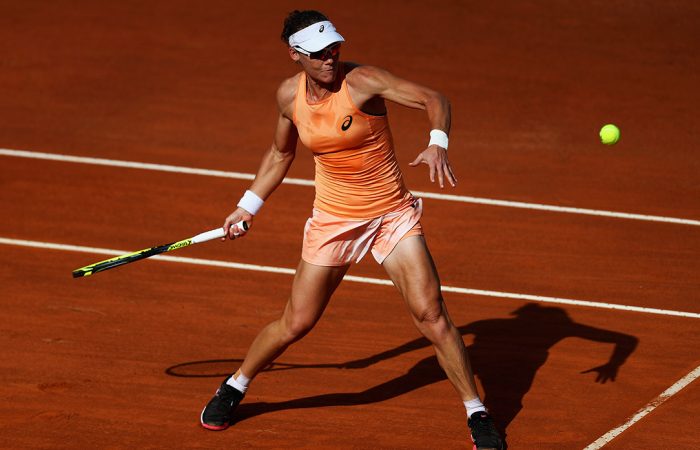 Sam Stosur’s sights are on Roland Garros after her 13-match winning streak in Strasbourg ended in a quarterfinal loss to Dominika Cibulkova.

“It’s unfortunate but I tried my best today and that’s the way it goes,” Stosur told AAP after the match.

Stosur enters next week’s French Open as an unseeded player for the first time since 2008. She faces Belgian world No.101 Yanina Wickmayer in the first round, with No.30 seed Anastasia Pavlyuchenkova looming as a potential second round opponent.

“I’m feeling good, feeling confident and ready to play there,” Stosur said of her chances.

“Everyone’s going to be really eager to play their best, but I’m really looking forward to Roland Garros, as always.”

Stosur is a four-time semifinalist at the French Open, finishing runner-up in 2010. She has made the third round or better for the past nine years.