Another doubles victory boosts Nick Kyrgios' confidence in his return from an elbow injury. 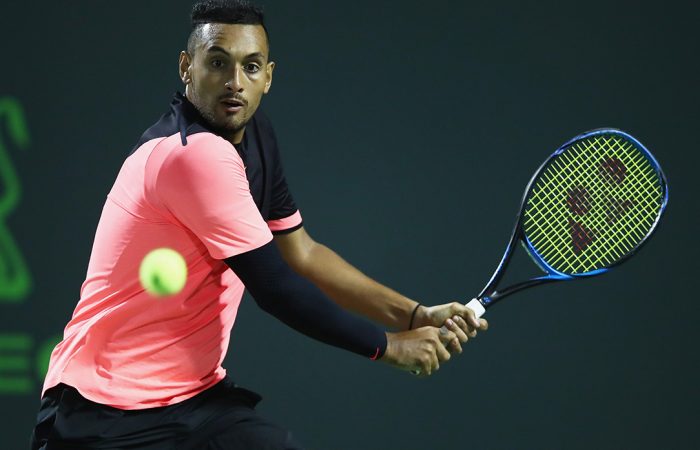 Nick Kyrgios plans on taking his place in the French Open draw after continuing his comeback from injury with another quickfire doubles victory in Lyon.

“At this stage,” Kyrgios said after he and American Jack Sock needed only 48 minutes to cast aside Argentines Guillermo Duran and Andres Molteni 6-2 6-2 in the quarterfinals.

Without a singles match in six weeks, the Australian No.1 said he was delighted with how his elbow was so far holding up in his late push to be fit for Roland Garros starting on Sunday.

“Obviously I came to Lyon to obviously see how my elbow was going to be and, at the moment, it’s feeling good,” Kyrgios said.

“I’ve done all the work to try and get it back and, yeah, I’m feeling good. At the moment, it’s going very well.

Asked if he felt ready to compete in Paris, Kyrgios said: “At this stage”.

“I’m feeling good and I’m just going to continue doing the right things to get my elbow right,” Kyrgios said.

Crucially, Kyrgios’s 21st seeding protected him from a first-week showdown against any of the top-eight heavyweights, including 10-time champion Rafael Nadal.

But Australia’s underdone star is nevertheless certain to face a player in form after drawing a qualifier in the first round.