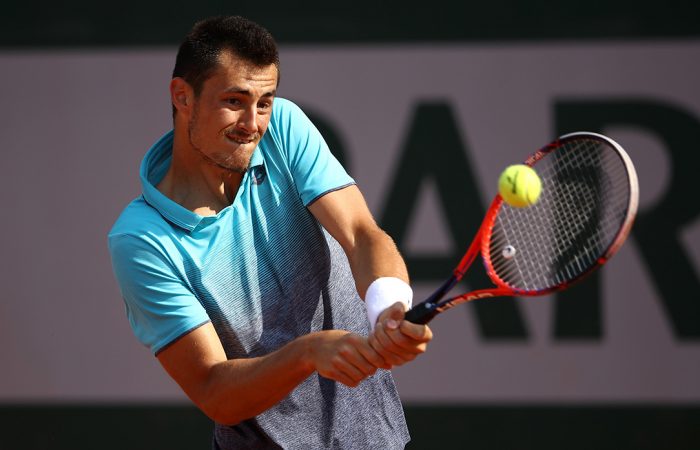 Bernard Tomic has earned a place in the French Open main draw.

The 25-year-old from Queensland did not drop a set in qualifying, securing his main draw spot with a 7-6(5) 7-5 victory over Portugal’s Goncalo Oliveira in the final round tonight. Tomic hit 28 winners, including nine aces, to secure victory over his No.220-ranked opponent in 99 minutes.

Tomic could potentially face Kyrgios or Thompson, both who have drawn qualifiers, in the first round. His opponent will be decided when all qualifying matches are completed.

> See who the other Aussies are playing in the first round