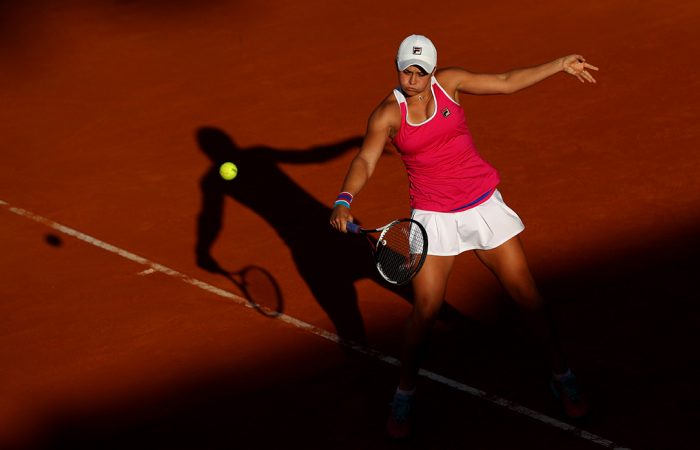 Ash Barty is enjoying a milestone week in Strasbourg.

The world No.17 is competing as the top seed at a WTA tournament for the first time in her career and is now into her first WTA-level singles semifinal on clay.

Barty was impressive in a 7-5 6-4 victory over world No.91-ranked Wang Qiang in the quarterfinals. The top-ranked Australian won 82 per cent of first serve points and showed her all-court game to outclass her Chinese opponent in 88 minutes.

Stunning drop shot from @Ashbar96 to get back on terms! #IS18 pic.twitter.com/9DGxVY3nWH

“I knew I had to be ready and it was a great match, a very high level out there,” Barty said.

“I had to fight very hard to get back into the second set. But I felt very clean off the ground today and probably felt it was my best match this week.”

Barty next faces Russian world No.31 Anastasia Pavlyuchenkova in the semifinals. The 26-year-old Pavlyuchenkova leads their head-to-head record 2-1, but Barty did win their most recent meeting at the WTA Elite Trophy in Zhuhai in October last year.

Meanwhile Sam Stosur’s title defence is over, knocked out by fifth-seeded Slovakian Dominika Cibulkova in the quarterfinals. The No.36-ranked Cibulkova won 6-4 6-3 in 93 minutes, snapping Stosur’s 13-match winning streak at the French tournament.

Anastasia Rodionova is flying Aussies hopes in the doubles draw, qualifying for the final alongside Ukrainian partner Nadiia Kichenok. The third-seeded duo defeated world No.1 Latisha Chan and her partner Luksika Kumkhum 6-2 7-5 in the semifinals.