Isabelle Wallace beats Olivia Rogowska in the final of the wildcard play-off to earn a place in the French Open main draw. 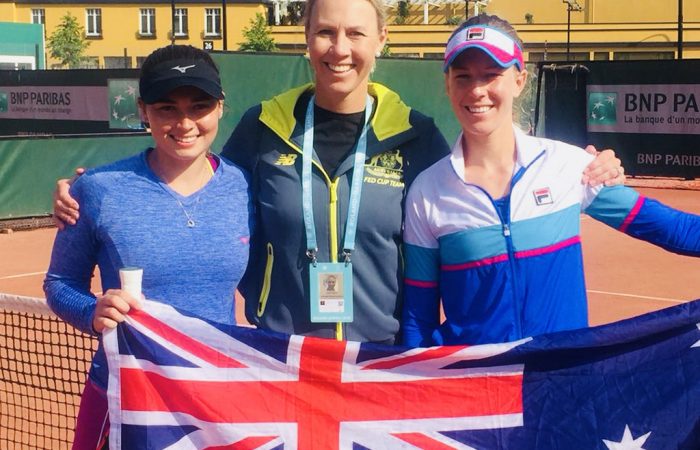 Isabelle Wallace will make her Grand Slam main draw debut at the French Open after winning the Australian women’s wildcard play-off in Paris.

Wallace missed out on a place in the main draw last year when she lost to Jamiee Fourlis in the play-off final.

Twelve months on, she saw off Destanee Aiava and Lizette Cabrera before coming through a tense final against top seed Rogowska.

looking ahead to making her senior Grand Slam debut, Wallace added: “It feels amazing. I’m just looking forward to the experience, it will be great.

“It’s unbelievable to get the opportunity to have a play-off and compete for it, and a great prize at the end of it.”

Fed Cup captain Alicia Molik, watching from courtside, said: “It was a tough-fought match right throughout.

“Isabelle was a deserving winner, with her clay-court experience and match hardness really shining through. Well deserved!”

The world No.249 joins Ashleigh Barty, Daria Gavrilova, Samantha Stosur and Ajla Tomljanovic in the women’s singles draw at Roland Garros, which gets under way on Sunday May 27th.