Thanasi Kokkinakis, who suffered a freak knee injury in Monte Carlo, is back on court hitting at the Mouratoglou Tennis Academy in France and is targeting a return to action at Roland Garros. 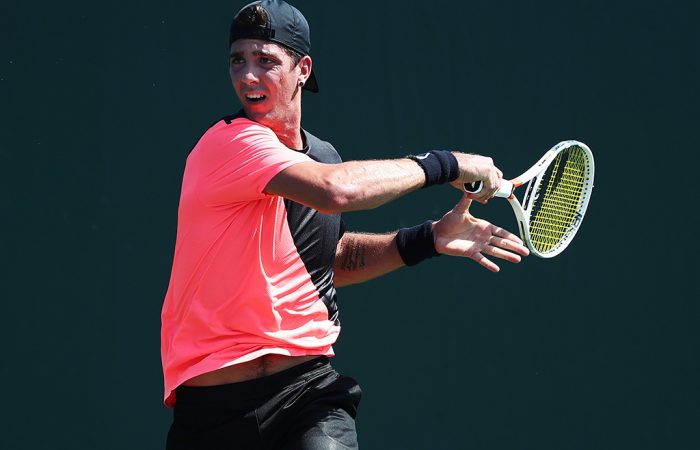 Thanasi Kokkinakis is back on track for the French Open as he continues to recover from a knee injury sustained in a freak fall.

The luckless Australian tennis ace needed crutches and a knee brace after tumbling over advertising padding during a match at last month’s Monte Carlo Masters.

But Kokkinakis’s father now says his son is targeting a return for the Grand Slam at Roland Garros, which begins Sunday 27 May.

“Injury progressing well. He is back on court hitting lightly. RG is the plan,” Trevor Kokkinakis said on Thursday.

Still on the comeback trail after two years out of the game battling depressing shoulder, back, groin, pectoral and elbow injuries, Kokkinakis will need to survive three French Open qualifying matches – which play out in the week before the main draw – unless he receives Tennis Australia’s reciprocal wildcard.

One of only two players to have beaten Roger Federer in 2018, Kokkinakis has climbed back from 993rd in the world during his lay-off to 152nd but still sits well outside the direct-entry cut-off for the tournament.

Kokkinakis is recovering and practising at the Mouratoglou Tennis Academy in France.