Barty and Stosur through in Madrid, Gavrilova exits

Ash Barty and Sam Stosur reach the second round in Madrid, but Daria Gavrilova found No.2 seed Caroline Wozniacki too strong. 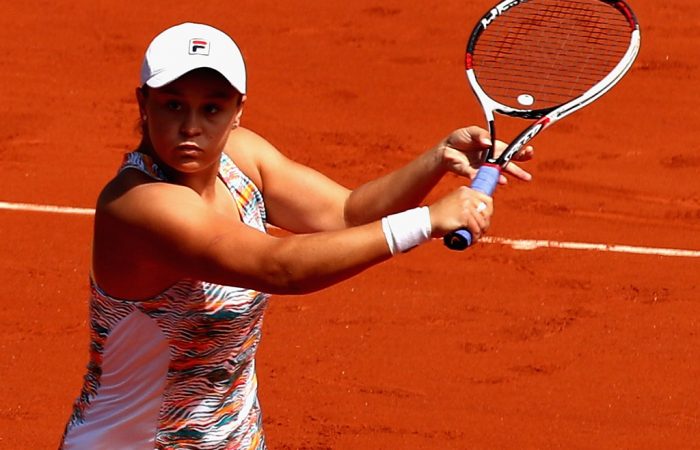 Ash Barty joined Sam Stosur in the second round of the Madrid Open with a comfortable win over former French Open finalist Sara Errani.

The Australian number one goes on to face world No.2 Caroline Wozniacki in the second round.

Compatriot Daria Gavrilova exited in quick fashion after a straight-sets loss to Wozniacki, but Stosur stayed for the long-haul in her defeat of 27th ranked Anastasia Pavlyuchenkova.

FEATURE: Barty ready to ‘do some damage’ clay

It was an impressive effort by Stosur on her favourite surface as she looks to fine tune her game for the French Open, where she was a finalist in 2010.

The 34 year-old, down to No.57 in the world, raced through the first set and appeared well on her way to an early finish with three break point opportunities in the second.

But none of those were converted and despite eight aces and the loss of just six points on serve during the set, the Australian found herself at a set apiece after a loose tiebreaker.

Stosur squandered an early break in the decider but took charge again, breaking Pavlyuchenkova in the eighth game and then serving out the match.

It was her first victory over the Russian since 2013; she’d lost their last three meetings but after Sunday’s victory evened the head-to-head series at 4-4.

A potential second round match-up with 2017 US Open champion and ninth seed Sloane Stephens looms.

Meanwhile Gavrilova was no match for Wozniacki, going out to the Dane 6-3 6-1.

Returning after having retired against Stosur following a fall in the first round at Prague last week, Gavrilova moved well enough but struggled with her first serve and couldn’t cash in on five break point opportunities in the second set.