A straight-sets win over Denisa Allertova in Prague has sent Sam Stosur through to her first WTA quarterfinal of 2018, where she will face Italy's Camila Giorgi. 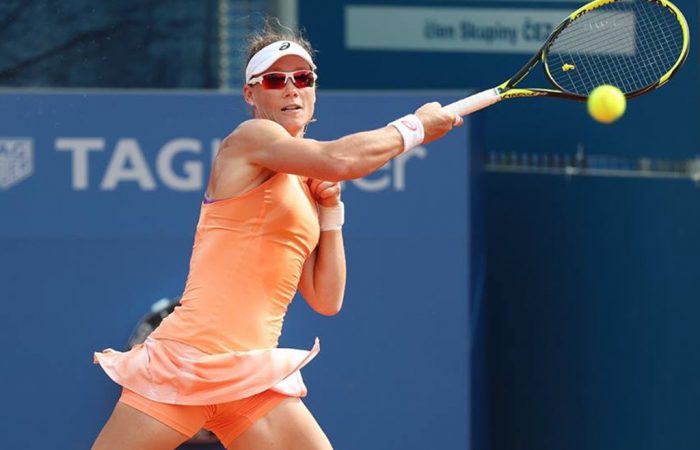 Like clockwork, Australian tennis star Sam Stosur has stormed into her first quarterfinal of the year.

Rebounding from a four-match losing streak, Stosur has once again found her feet on clay to surge into the last eight of the Prague Open.

Stosur backed up her first-round win over injured Fed Cup teammate Daria Gavrilova with a 6-4 6-4 win over Czech Denisa Allertova.

In a promising sign three weeks out from the start of the French Open, the 2010 Roland Garros runner-up crunched eight aces and dropped only seven points on serve throughout her impressive 70-minute work-out.

“It was really important. I thought I served really well the whole match,” Stosur said.

“I only got broken once the whole match at the start of the second set. So I was really pleased I was able to break back and keep the form going.”

“I thought I served really well the whole match.”#PragueOpen pic.twitter.com/tsvFEuLCJK

“I know she plays very big tennis. She absolutely goes for it, hits the ball very hard,” Stosur said.

“I saw her play Strycova yesterday. It was very up and down, so I’m expecting a very tough match tomorrow.”

Second-seeded Petra Kvitova cruised into the quarterfinals with a 6-3 6-1 victory over unseeded Russian Natalia Vikhlyantseva.