The 11th edition of tennis's unique Gallipoli Youth Cup will be staged at Melbourne Park on clay from 17-21 April 2018. 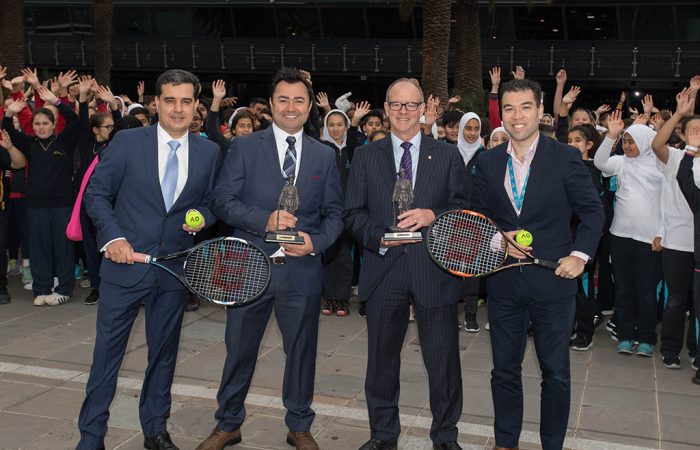 Top junior tennis players from around the world will travel to Melbourne Park this week to take part in the Gallipoli Youth Cup, an ITF Junior Grade 4 tournament held on clay from 17-21 April 2018.

In its 11th edition, the Gallipoli Youth Cup will also coincide with the 50th anniversary of Turkish migration to Australia, celebrating and educating younger generations about the unique friendship that exists between the two nations.

Australians Ken Cavrak (Vic) and Megan Smith (Qld) are the respective top seeds in the boys’ and girls’ competitions which will feature up to 120 local and international junior players throughout the tournament.

“The Gallipoli Youth Cup plays a significant role to teach younger generations about the sacrifices made by our soldiers in the First World War more than a hundred years ago,” Tennis Australia Manager Tournament Development Francis Soyer said.

“The tournament highlights the value that tennis can play in integrating education, camaraderie and the wider community.”

The five-day tournament will run in conjunction with the Gallipoli Youth Cup’s School Education Program which aims to educate more than 600 primary school students about the events that took place. Students will engage in daily activities including a special presentation, ANZ Tennis Hot Shots and a tour of Rod Laver Arena.

“I am proud to say the tennis tournament and education program continues to flourish every year with players competing on court and students participating in activities to highlight the relationship between sport, community engagement and an event of national significance,” Director of Gallipoli Youth Cup Umit Oraloglu said.

PRO IT and RSL Victoria are proud sponsors of the Gallipoli Youth Cup.

“This junior tennis tournament embraces the ANZAC spirit of mateship, determination and team work. These attributes are found in everyday life and in the fundamentals of tennis.

“It is imperative to teach our children to embrace diversity, education, health and sport. This is a wonderful platform and positive experience for all involved, especially the youth of tomorrow whose lives will be enriched with confidence and opportunity when they take part in this sporting event.”

RSL Victoria CEO Michael Annett added: “The Victorian RSL has been a partner and sponsor of the Gallipoli Youth Cup since its inception and we value the opportunity to speak to hundreds of children from schools across Victoria on the meaning of ANZAC and the value of mateship, diversity and respect, between individuals and between nations.”

The winners of the tournament will receive a limited edition figurine containing authentic sand from Gallipoli. These items have been kindly donated by Military Shop, the official suppliers of the Gallipoli Youth Cup.