The Australian Fed Cup team set to Play-off against the Netherlands has been announced. 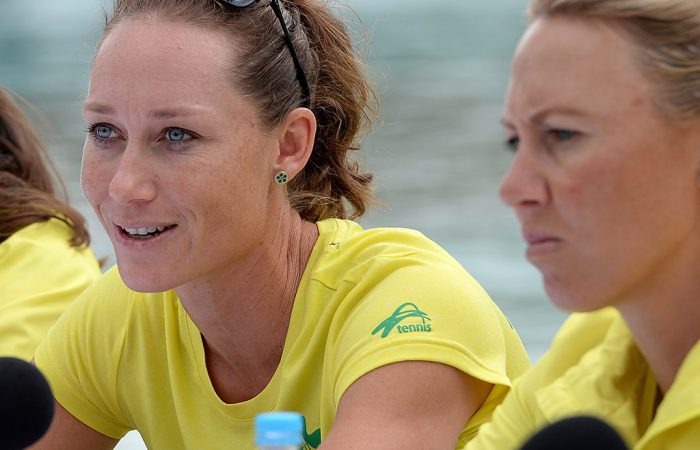 Grand Slam champion Sam Stosur (Qld) will return to Fed Cup action as Australia seeks to reclaim its position in the elite World Group of the international team competition for women.

The tie will be played indoors on a purpose-built hard court at the Wollongong Entertainment Centre in New South Wales.

“It’s a really exciting time for our Fed Cup team as we prepare to earn our way back into the World Group for the first time since 2015, and we enter this tie in a position of strength,” Australian Fed Cup captain Alicia Molik said.

“We have an accomplished and talented team with two players in the world’s top 25, as well as great camaraderie within the group.   There’s a terrific balance of youth and experience and I know each player will bring their all to get us across the line against the Netherlands.

“I’m also delighted to have Sam back in the team. Sam not only has a fantastic Fed Cup record, but she’s the ultimate team player and her experience and outstanding professionalism make her a great role model and a natural leader.

“It’s a great privilege to be able to play for your country on home soil and I encourage everyone to come down and cheer on our team, it’s going to be a great weekend,” Molik continued.

Stosur is delighted to be back in the team and has fond memories of playing Fed Cup in Wollongong 15 years ago.

“My very first Fed Cup tie was in Wollongong, and we even played in the same venue, so I’m really looking forward to coming back,” Stosur said.

“I have vivid memories of being incredibly excited to play for Australia and putting on the green and gold for the first time. I was the baby of the team, with Alicia and Nicole as the experienced players. So it will be great to join them again, along with Ash, Dasha and Destanee, in a good tie against the Netherlands. I can’t wait.”

NSW Minister for Tourism and Major Events Adam Marshall said, “This is a strong Australian side, led by our top ranked female Ash Barty, and I have no doubt the home crowd in Wollongong will get right behind them and cheer them on.

“With two days of world-class tennis in addition to the spectacular beaches and a vibrant dining scene in the region, it promises to be a fantastic weekend for all visitors.”

Single session tickets are set to be released today, giving fans flexibility to attend the tie on either Saturday or Sunday, as well as the package for both days.

The Fed Cup by BNP Paribas World Group Play-off between Australia and the Netherlands is supported by the NSW Government via its tourism and major events agency Destination NSW, and Destination Wollongong