Kyrgios to kick off claycourt season in Houston

Ahead of his opening-round match against Bjorn Fratangelo at the US Men's Clay Court Championship in Houston, Nick Kyrgios feels he can do some good things on the red dirt. 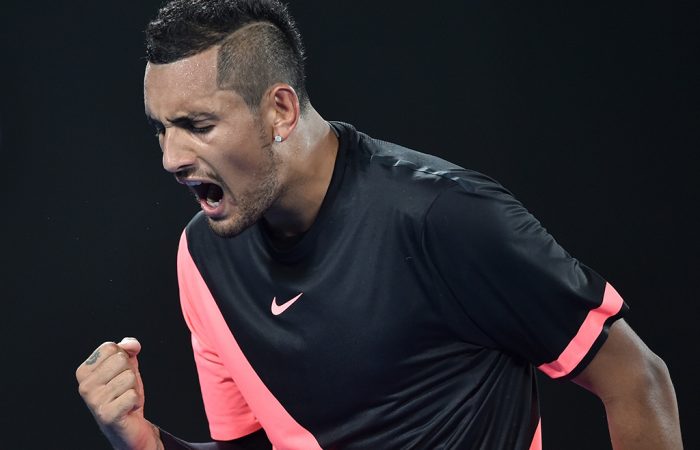 Nick Kyrgios kicks off his claycourt season on Wednesday against American Bjorn Fratangelo at the ATP 250 event in Houston.

Kyrgios, a wildcard and No.4 seed, received a bye into the second round; Fratangelo progressed to the last 16 with a first-round win over Kyrgios’ compatriot Jordan Thompson.

“Massive opportunity for me to come here and get my claycourt season started, but ultimately just get back out on the court and compete,” said Kyrgios, who’s battled elbow and back problems during a stop-start 2018, in an interview with atpworldtour.com.

“I think I can do some good things this week.”

Kyrgios may be known better for his exploits on faster surfaces but the 22-year-old has enjoyed some impressive results on clay.

He beat Roger Federer and Stan Wawrinka in back-to-back years in Madrid – reaching the quarterfinals there in 2016 – and progressed to the Estoril final in 2015. He’s also twice reached the third round at Roland Garros and pushed claycourt titan Rafael Nadal to three tight sets in Rome two years ago in a match spanning three hours.

“If you’re pretty physically strong and fit you have good success (on clay),” he said.

“For me I think (it’s about) just being disciplined; you can’t shorten the points as much as you can on other surfaces, so you’ve got to hang tough.”