The top two seeds will face off in Sunday's ITF Futures final in Mornington. 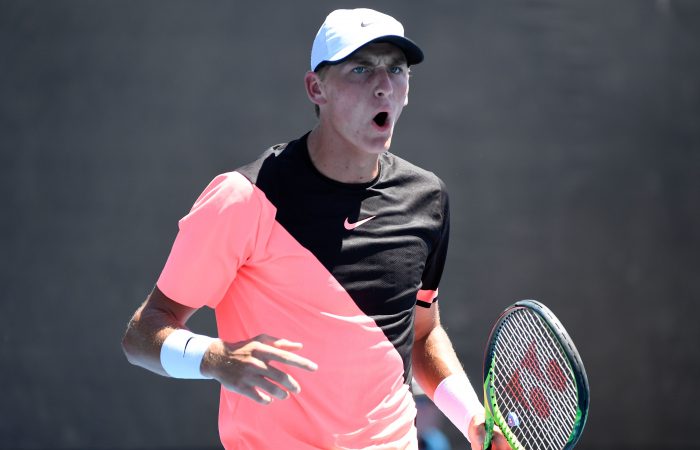 Beale provided some stiff resistance early but fell away in the second set after sustaining a shoulder injury to hand Purcell victory 6-4 6-0.

The Sydney teenager – seeded second – came into the tournament on the back of an AMT title victory at the same venue and is full of newfound confidence.

“I’m happy with the week so far. It’s a pretty good level I’ve been playing at so it’s giving me a lot of confidence,” he said. “At the start of this year I was bit down on court and I just feel like I’m a lot more positive now after getting a few wins under the belt.”

Polmans, looking for his fourth consecutive Australian Pro Tour title – and a successful defence of the two titles he won in Mornington last year – has rolled through the week without the loss of a single set, on Saturday eliminating fellow Victorian Matthew Romios 6-3 6-2 with ease to reach the final.

“I beat him the last time we played but he’s a tough competitor,” Purcell said of the top seed. “He’s on a massive high right now. If I get the win it would be great but I’m expecting a tough match.

“I’m just going to keep sticking to what’s been working, really using my attitude to get on top of these other guys and competing as hard as I can. Making as many balls as I can on this surface is really helping me as well.”

Regardless of Sunday’s outcome, Purcell will be hoping to continue his solid form for the remainder of the Australian Pro Tour as he looks to close in on the world’s top 250 players.