Destanee Aaiva remains on track in Canberra, reaching the semifinals after a straight sets win over France's Sherazad Reix. 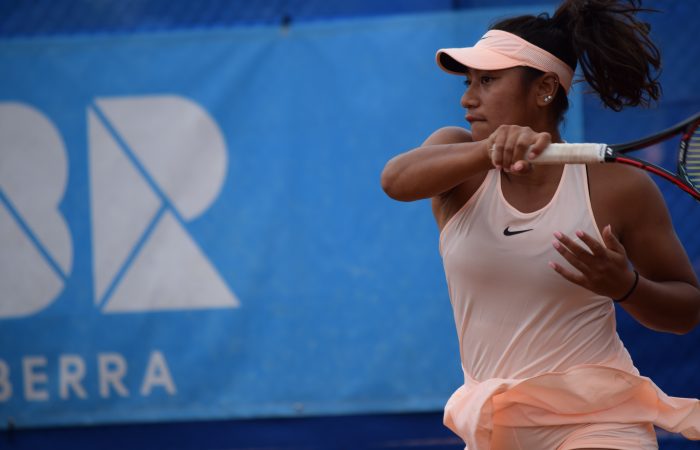 After reaching the semifinals on Friday, unseeded Destanee Aiava is now the last Australian remaining at the ACT Claycourt International #1.

The teenage Victorian showed too much class for Sherazad Reix, overpowering the Frenchwoman 6-4 6-2 to move into the last four.

Four nations will be represented on the weekend with seventh-seeded Brit Gabriella Taylor taking on fifth seed Dalila Jakupovic of Slovenia while Aiava faces second seed and world No.144 Miyu Kato of Japan for a place in the final.

“I’ve never played before,” Aiava, 17, said of her opponent. “Hopefully all goes well.

“I’ll keep the flag flying if I can.”

Taylor is the form player of the quartet, having built an outstanding 21-1 record in Australia over the past two months and already claiming three Australian Pro Tour titles.

For Aiava, the world No.217, her second round win this week over contemporary Jaimee Fourlis stands out as a highlight thus far, where she reversed the result of the recent Australian Open Wildcard Play-Off final.

“We’ve had a lot of battles,” Aiava said. “We’ve been playing each other since we were about eight years old. It was really good to get the win over her.”

The remaining quarterfinal results all fell against the Australians, with Taylor defeating qualifier Abbie Myers, fourth seed Lizette Cabrera losing to Jakupovic and Kato too strong for Ellen Perez.