American legend John McEnroe has lauded the talent of Nick Kyrgios after selecting the young Aussie for his Team World squad in the upcoming Laver Cup. 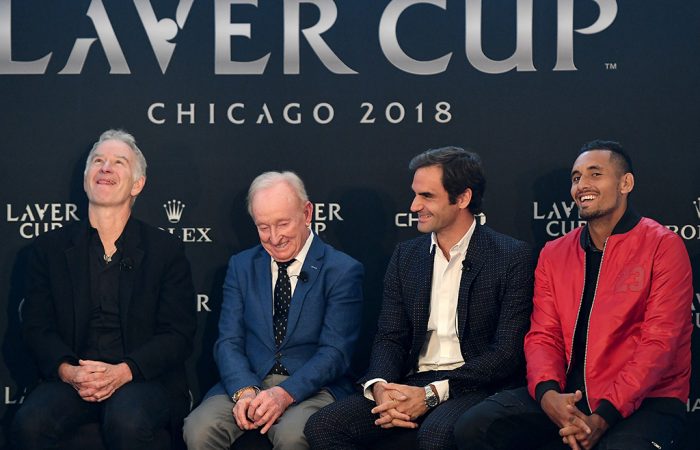 Nick Kyrgios has been chosen by captain John McEnroe as part of the Team World squad at the upcoming Laver Cup.

The American legend committed to selecting the young Aussie even if Kyrgios’ ranking did not automatically qualify him for the competition in Chicago, set for 21-23 September 2018.

Kyrgios was a part of the Team World squad, also captained by McEnroe, at the inaugural edition of the Laver Cup in September 2017.

“He wears his heart on his sleeve and I couldn’t have asked more of him at Laver Cup last year in Prague,” McEnroe said of Kyrgios.

“He gave it his absolute all, on the court and supporting the team. He’s the ultimate team player and I want him in my corner.

“It’s no secret Nick is one of the most talented young players on the tour.”

Kyrgios, currently ranked 20th, has discussed his love for participating in team events such as the Davis Cup and Laver Cup.

The 22-year-old said he was thrilled to be returning to the Laver Cup fold for the second straight year.

“The Laver Cup was one of the best experiences of my career. Being Australian of course it’s an honour to play in an event named after Rod Laver, one of the greatest players of all time,” Kyrgios said.

“But most of all I just loved being with the boys, it was a real close-knit team environment. We all got on so well, we had a lot of fun on the sidelines and we supported each other, both the highs and lows.

“Mac (McEnroe) and I have had our differences in the past but he was an awesome captain, huge respect.

“I can’t wait to play in Chicago with Team World having the home court advantage. We want to take home the Laver Cup.”