Wollongong will host the Fed Cup by BNP Paribas World Group Play-off tie between Australia and the Netherlands. 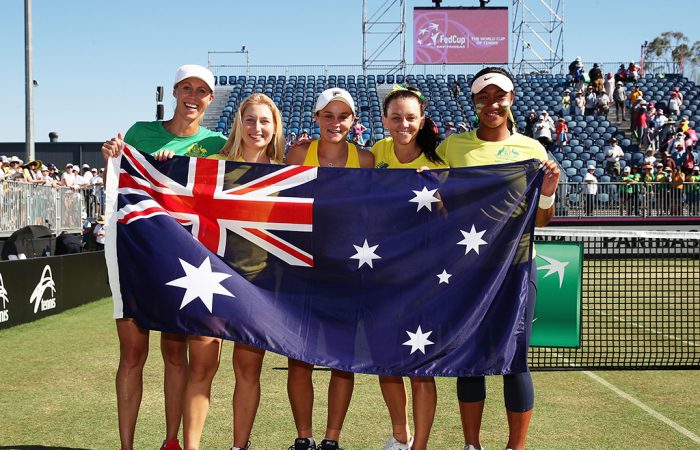 The tie will be played indoors on a purpose-built hard court at the Wollongong Entertainment Centre when the event returns to New South Wales for the first time since 2003.

Australian Fed Cup captain Alicia Molik has fond memories of Wollongong, having played in two ties there against the Netherlands in 2002 and Colombia in 2003.

“We’re excited to play another Fed Cup tie at home. I had success in Wollongong as a player and I really hope the girls can channel this when we take on the Netherlands next month,” Molik said.

“This all-important tie marks a chance for Australia to return to the top tier in women’s tennis for the first time since 2015.

“We expect the Netherlands to field a strong team when they travel to Australia. Our girls will have had plenty of match practice on hard court after the current US swing and will be ready to compete.”

“It has been 15 years since New South Wales had the honour of hosting a Fed Cup tie and it will be incredibly special,” Robertson said.

“The city and the surrounds are a very active and passionate tennis community and I have no doubt they will get right behind the team when they travel to Wollongong in April.

“Tennis NSW would like to thank Tennis Australia, Destination NSW and Wollongong City Council for their support.”

NSW Minister for Tourism and Major Events Adam Marshall said the Play-off has been secured exclusively for Wollongong by the NSW Government via its tourism and major events agency, Destination NSW.

“Australia has a long and proud history as one of the best tennis nations in the world and with three women currently ranked in the world’s top 50, we are primed for a return to the elite World Group,” Marshall said.

“This event is expected to attract more than 700 domestic and international overnight visitors to Wollongong, injecting approximately $370,000 into the local visitor economy which is great news for local businesses, restaurants, shops and tourism providers.”

• The tie will mark the 11th meeting between Australia and the Netherlands
• Australia currently leads the head-to-head between the two nations 8-2
• Australia is looking to win its way back into the Fed Cup World Group for the first time since 2015
• The Netherlands will play for the chance to retain their spot in the top eight for the fourth consecutive year after they lost to 2017 Fed Cup champions USA, 3-1, in February
• The last time Australia played the Netherlands was in 2015 in ‘s-Hertogenbosch and lost 4-1.

Two-day ticket packages will go on sale via Ticketmaster at 9.00 am AEDT next Friday 23 March. Adult prices start at $72, concessions $64, juniors $15 and family passes (two adults and two children) are $159.

The Fed Cup by BNP Paribas World Group tie between Australia and the Netherlands is supported by the NSW Government via its tourism and major events agency Destination NSW, and Destination Wollongong.