Taylor triumphant in Australia yet again

Gabriella Taylor of Great Britain has swept the singles and doubles in Mildura, adding a third Australian Pro Tour singles title to her recent collection. 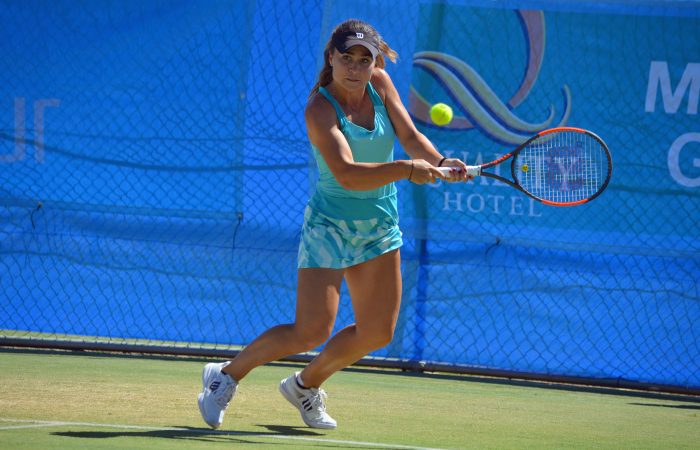 The top seed got off to a flying start in against the Frenchwoman, taking the first set without the loss of a single game, and while Reix – the second seed – seemed to regain her composure at the beginning of the second set, Taylor continued her march, eventually taking the match 6-0 6-3 in just 62 minutes.

“I’m pleased with my performance today and happy to get the win,” said Taylor, who also won the doubles title with compatriot Katy Dunne, after defeating her at the semifinal stage of the singles. “That match was a bit more mental, against a friend of mine, but today I had to just switch completely and get on with it.”

Taylor, 20, was circumspect about her recent purple patch. “I’ve just been doing what I need to be doing on the court and the results have come as a bonus,” she said, adding that the grass in Mildura helped her cause this week. “I love the grass from back home and of course I have quite a bit of experience on it as a British player.

“But I’m absolutely loving Australia and the weather too. I will train a bit in Melbourne now before heading on to Canberra for the next tournament.”

As a result of the win, Taylor is guaranteed to move to a career-high world ranking just inside the world’s top 175.

Victorian Masa Jovanovic was the best-performed of the Australian women this week in Mildura, the 23-year-old reaching her first USD$25,000 ITF Pro Circuit semifinal where she fell to Reix in straight sets.