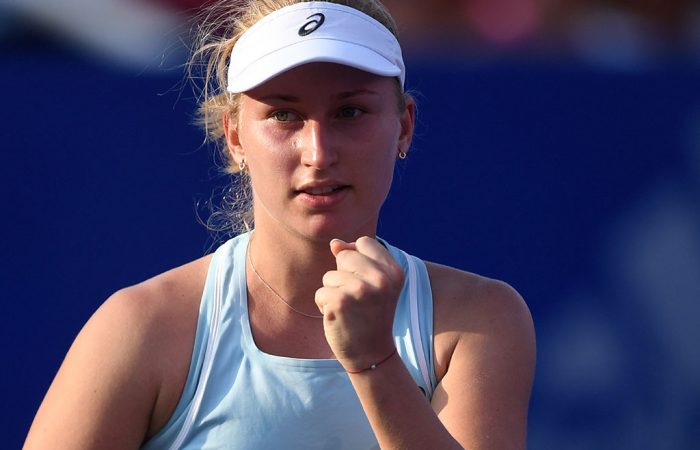 Australia’s Daria Gavrilova is through to her second WTA semi-final of the year after a three-set win over Paraguay’s Veronica Cepede Royg at the Mexican Open.

Gavrilova dominated the final set after dropping serve twice to lose the second.

It is the second time this year she has reached the last four at a WTA event, having lost to fellow Aussie Ash Barty at the same stage in Sydney.

Jordan Thompson made it 11 wins from 12 matches with a 6-3 4-6 6-2 victory over France’s Stephane Robert in the Yokohama US$75k Challenger.

The Australian, who won the title in Chennai and finished runner-up in Kyoto last month, will play Japan’s Yasutaka Uchiyama in the semi-finals.