After making her through qualifying, Jaimee Fourlis has been defeated by France's Myrtille Georges in the semifinals of the second ITF $25,000 event in Perth. 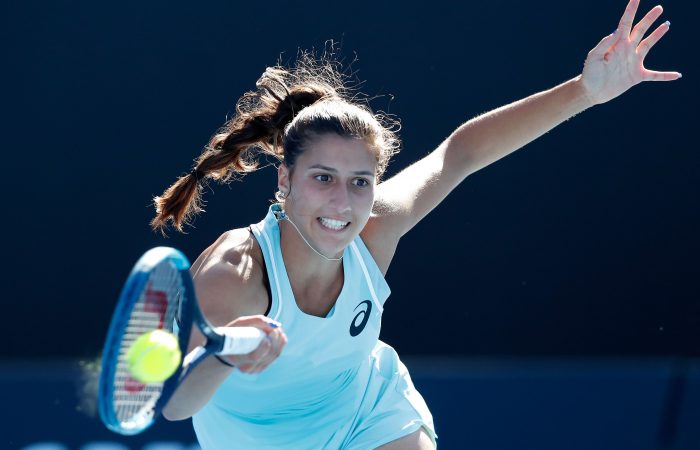 Jaimee Fourlis has been defeated in straight sets by sixth-seeded Frenchwoman Myrtille Georges in the Perth Tennis International #2 semifinals on Saturday.

The Victorian teenager showed great signs this week, emerging from qualifying to reach the last four, but was unable to stop the momentum of the more experienced 27-year-old, who was tested early but eventually cruised to a 7-5 6-1 victory.

On Friday, Fourlis, the last remaining Australian at the ITF $25,000 event, was the recipient of a retirement, as Russian second seed Irina Khromacheva shook hands after dropping the opening five games of the match.

Khromacheva was looking for consecutive titles after winning the first Perth tournament last week, where she defeated Fourlis at the same stage.

Georges, the world No.215, will face unseeded Gabriella Taylor in the final, after the Brit took just over 90 minutes to upset Romanian fifth seed Jaqueline Adina Cristian 6-2 7-5. Taylor, 19, has shown great form on the Australian Pro Tour in recent times, winning the Launceston title earlier this month.

On Friday, Aussies Jessica Moore and Olivia Tjandramulia took out the doubles title, the No.3 seeds defeating Canberra’s Alison Bai and Jia-Jing Lu of China (No.4) in a highly entertaining encounter, 7-5 6-7(8) 11-9.

For Moore, the win meant consecutive doubles title in Perth in front of her home crowd, after she took out last week’s title with Ellen Perez.