Rennae Stubbs will use her wealth of experience and strong relationships with players to help strengthen ties between the ITF and players, coaches, agents, the tours and tournament organisers. 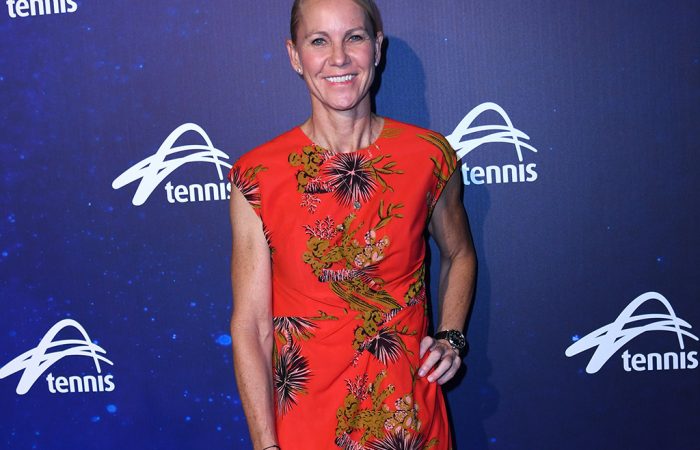 She and Brazilian former pro Andre Sa were on Thursday announced as appointees to the new roles, which sit within the ITF’s new player relations department.

According to the ITF, Stubbs’ job will be to help “strengthen the ITF’s ties with players, coaches, agents, the tours and tournament organisers.”

She’ll act as an on-site representative at tournaments and will be the ITF’s point of contact with the playing group on tour.

“I am excited to embark on this important role with the ITF. I played 20 years on the tour and have a deep understanding of the issues that are most important to the players,” said Stubbs, who in doubles was a former world No.1 and six-time Grand Slam champion.

“I embrace the opportunity to develop a strong line of communication between the ITF and the players.

“One of the highlights of my career was representing my country in Fed Cup competition, something which I did 40 times. I welcome the chance to help the Fed Cup continue to flourish and grow stronger.”

Added ITF president David Haggerty: “The views of the players are very important to us, and Rennae Stubbs and Andre Sa will ensure a continuous line of two-way communication between players and the ITF.

“With the creation of a Player Relations department and the appointments of Rennae and Andre, we will be in a much stronger position to share our vision with the players and to hear their views on the future of our sport.

“Rennae and Andre are ideal choices to serve as ITF player relations consultants. Both have excelled in their tennis careers and both have the respect of their peers.

“They will be our eyes and ears on the tour and provide invaluable feedback that will help the ITF enhance Davis Cup and Fed Cup by BNP Paribas, Olympic Games and other ITF events.”