Sam Stosur put up a gallant fight but fell to Estonia rising star Anett Kontaveit in three sets in the first round of the Dubai Tennis Championships. 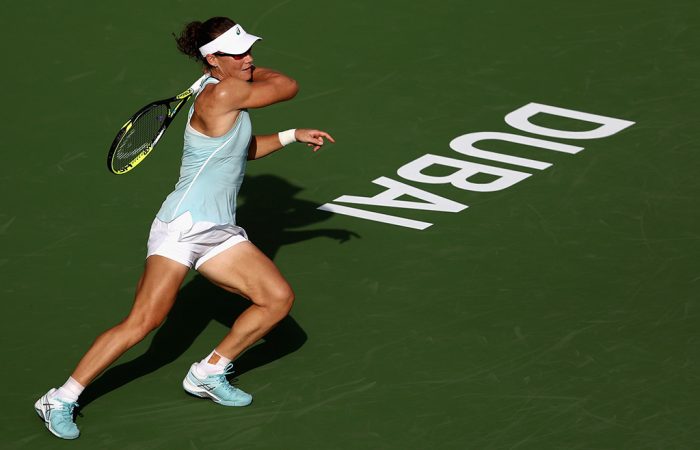 Sam Stosur’s run at the Dubai Tennis Championships has come to an end after she fell in three sets on Tuesday to Anett Kontaveit.

Stosur had won three matches to qualify for the main draw and almost made it four in a row before going down 1-6 6-2 6-4.

The Australian was hurt by 30 unforced errors (offset by just nine winners) and eight double faults, the last of which came on match point to hand Kontaveit victory in one hour and 47 minutes.

Stosur had trailed 2-5 in the final set yet was staging a late comeback, leading 40-15 in the 10th game with two points to level at 5-5 before the Estonian steadied the ship.

Kontaveit goes on to face Naomi Osaka in the last 16.

Despite the loss it was an encouraging swing through the Middle East for Stosur. The previous week she reached the last 16 in Doha and in Dubai she won three consecutive matches for the first time in eight months.