In-form Angelique Kerber was a level above in her match against Sam Stosur, stopping the Australian in straight sets to reach the third round in Doha. 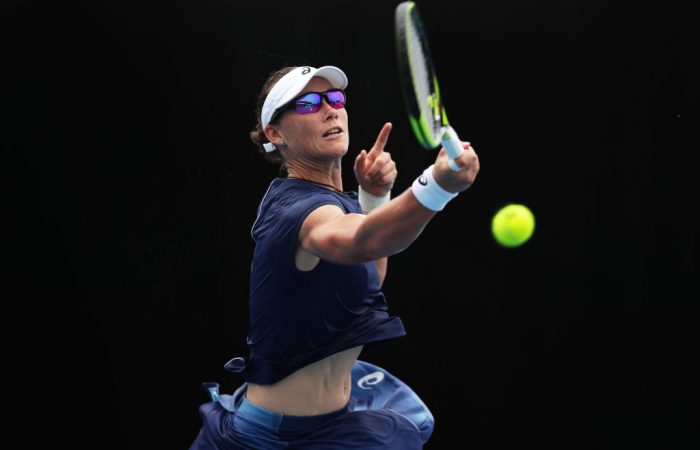 The German was too strong for Stosur in the second round on Wednesday, beating the Aussie 6-4 6-1 in 59 minutes.

Kerber’s victory sets up a third-round clash with No.10 seed Johanna Konta.

“I think the weather conditions were a little bit strange and tricky today. It was really windy. The sun was a little bit on court. At the end, I think it was for both of us like that,” Kerber told wtatennis.com.

“I’m happy about the first (match). I mean the first rounds are always tricky, especially for me, so that’s why I think that it was a good match, good start of the tournament for me.”

Stosur had in the first round brushed aside Irina-Camelia Begu.

Stosur has now lost five of her last six meetings against the two-time Grand Slam champion.