Perth's own Maddison Inglis joins Jaimee Fourlis as the two remaining Australians in contention at the Perth Tennis International #1. 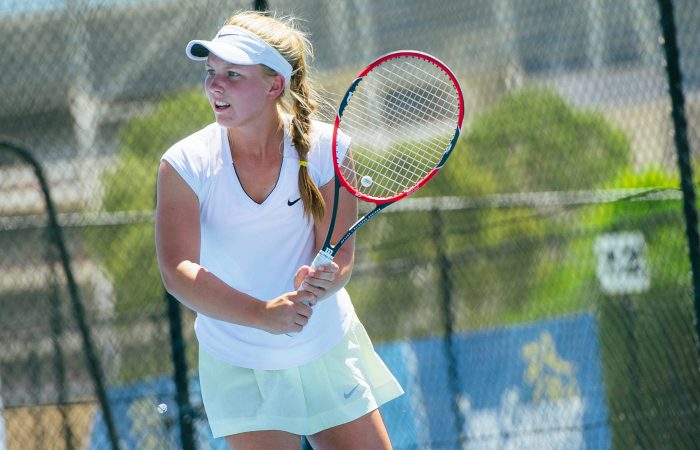 Local favourite Maddison Inglis moved a step closer to a home title after reaching the quarterfinals at the Perth Tennis International #1 on Thursday.

“It’s always good to get a win, especially at home,” Inglis, 20, said. “It’s really nice to have my family and my coaches here.”

“I train on these courts every day and I’m used to the wind here, unlike some of the other girls,” she added. “So, I’m just kind of playing and it’s going well.

Inglis was awarded a debut main draw wildcard into Australian Open in 2016 after she won the wildcard playoff and in January this year was called up as a last-minute replacement in the 2018 Hopman Cup playing both a singles and a mixed doubles match.

The current world No.778 is doing her best just to focus on my own game at the moment. “I’m really enjoying playing at the moment,” she said. “I’m just trying to do the things that I do well and it seems to be working.”

Inglis will need to overcome in-form Gabriella Taylor to reach a debut ITF $25,000 event semifinal; the British teen not dropping a set on her way to the title in Launceston last week.

“She’s definitely playing really well at the moment,” Inglis said. “We’ve never played before but I’m sure it will be a good match.”

Victorian Jaimee Fourlis joined Inglis at the quarterfinal stage, defeating Japan’s Ayano Shimizu 6-3 6-4 to set up a clash with Russian second seed Irina Khromacheva, who had too much for NSW’s Ellen Perez.