Stosur returns to action in Doha

Sam Stosur is the lone Aussie in the draw at the WTA Premier 5 event in Doha, Qatar, while Matt Ebden is in the draw of inaugural ATP New York Open. 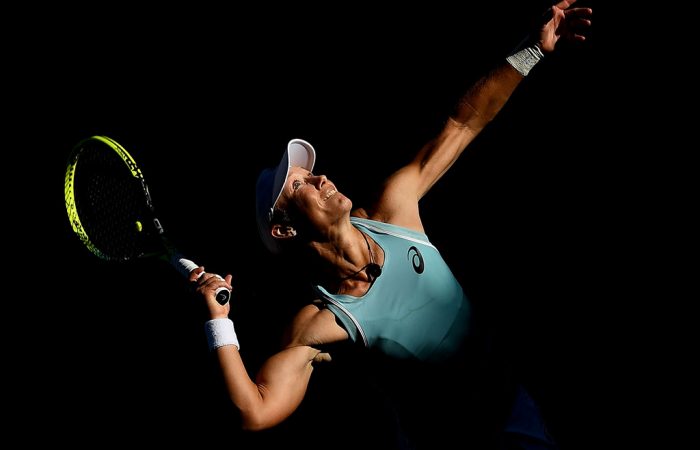 Sam Stosur is in the field at this week’s Qatar Total Open in Doha, a WTA Premier 5 event.

The Australian, who hasn’t played for two weeks, opens against Irina-Camelia Begu, the Romanian who beat Stosur in the third round in Charleston last year.

The winner of their match goes on to face No.8 seed Angelique Kerber, the in-form German who already in 2018 has won the Sydney title and advanced to the semifinals of the Australian Open.

Stosur was a finalist in Doha in 2012 and reached the quarterfinals in 2013 and last year.

She’ll be hoping to gain some winning momentum after losing four of her first five matches of the 2018 season.

Across in the United States, Matt Ebden will feature in the draw at the inaugural ATP New York Open.

The 250-level indoor hardcourt event is headed by 2017 US Open finalist Kevin Anderson.

Ebden takes on Russian veteran Mikhail Youzhny in the first round, a player against whom he’s lost two career meetings but hasn’t faced since 2013.

The winner will move through to a second-round meeting with No.2 seed Sam Querrey.

The New York Open came to be after the relocation of the Memphis Open to Long Island. The ATP says this ensures “the continuation of one of the ATP World Tour’s longest-running tournaments in the United States.”