As media speculate on whether Lleyton Hewitt will make a return for Davis Cup doubles, John Peers simply wants what's best for the team. 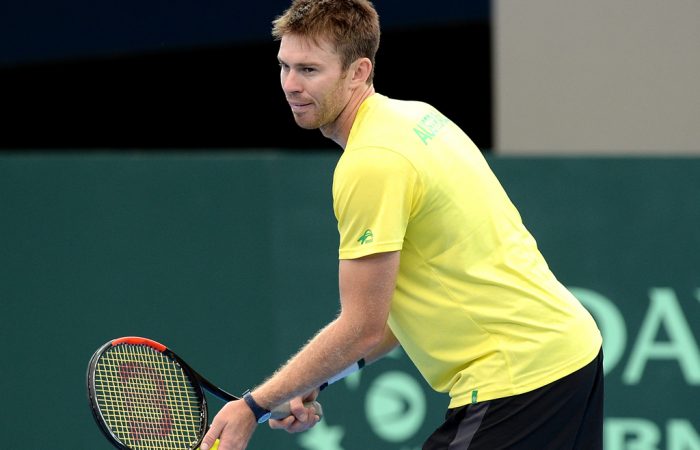 As media speculated on the likelihood of Lleyton Hewitt contesting a Davis Cup doubles tie this weekend, John Peers responded in the way that’s made him such a stalwart of the Australian team.

Amused but considered, the world No.4 doubles player was quick to point out that the best interests of the team are always front of mind.

“We’ve been practising with everyone so we’re all ready to go,” the Victorian said. “Pretty much any combination is up for grabs.”

If Peers and Hewitt eventuate as the combination that takes on Germany, there’ll be some powerful memories for the Australian team.

Peers, making his debut in the competition in 2016, competed alongside the Australian captain in the World Group first round against the USA. They proved a formidable duo, pushing the prolific Bryan brothers, Mike and Bob, to five sets.

“It was a lot of fun but I mean we’ll see,” said Peers of competing alongside Hewitt. “He’s always competitive but the rest of us are just as competitive, so it’s great to have a lot of doubles played and to get all the boys ready and raring to go.”

Having successfully competed alongside Hewitt, Groth and Jordan Thompson in building the 3-2 record he’s established in Davis Cup doubles, Peers will be well prepared for any combination.

He notes that the variety of partners also points to the team’s strength. “To be honest it’s been great to be able to play with everyone,” said Peers.

“We’ve all got a good chemistry off the court and to be able to get on the same side of the net as each one of the boys is really good fun and I know we’ve all taken something from it.

“I think it’s brought us all a lot closer.”

An unmistakable advantage for the Australian team is the heights that Peers has achieved in his wider doubles career.

More recently, the successful defence of his ATP Finals title with Kontinen and a 17th doubles title in Brisbane have helped the 29-year-old retain his position in the world’s top four.

Those powerful memories inevitably boost confidence as Peers again lines up for his nation. And Brisbane, he says, has more special memories than most.=

In the World Group quarterfinals contested at the same venue last year, Australia defeated USA 3-2 to earn a place in the semifinals for the second time in three years.=

“You always feel confident and ready, raring to go. This is a new challenge and a different challenge,” Peers said of this weekend’s first round against Germany.

“It’s going to be a very tough one again but I know we all enjoy playing here and we’re all excited to get back here.

“As you saw back at (the) Brisbane (International), we can all play a great level of tennis on this court. We’re all excited to go.”