A revitalised Luke Saville joins a host of Aussies at the ATP Challenger event in Burnie, Tasmania, this week. 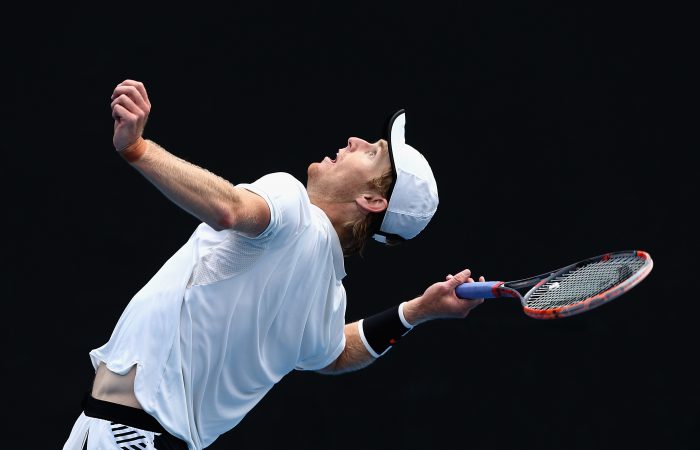 With play commencing at the Caterpillar Burnie International on Monday, Luke Saville has landed himself in the main draw after successfully qualifying on the weekend.

“I played three really good matches, I’m hitting the ball great, but I’m not done there,” said the South Australian. “My level has actually been pretty good the last couple of months. Even winning a round in the doubles at the Australian Open was nice just for a bit of confidence.”

Although the 24-year-old has slumped over 400 places from a career-high world No.152, Saville is clearly upbeat about the 2018 season.

“Last year was definitely no good for me results-wise,” he said. “I struggled a bit with consistency. Even though I had a few good wins here and there, I just couldn’t back it up.

“But I finished last season early and did a pretty big training block. I’m really hungry again and it’s shown here (in Burnie). I’m pretty optimistic going forward but I’m still taking it one match at a time. It’s starting from the bottom again, but I don’t mind that attitude. I will just keep my head down and compete.

“I’m just itching to play right now. That’s what it’s really all about. Scrapping as many wins together as I can and getting that competitive feeling back on the court.”

Saville will begin his Burnie campaign against fellow Aussie Max Purcell, the man he teamed up with at Melbourne Park last week to reach the second round.

“We’re good mates off the court but it will be a real battle when we get out there, no doubt,” Saville said of his opening match-up.

Top seed, Marcel Granollers of Spain, will also be in action early, taking on Australian Dayne Kelly in the feature match on Monday. Should he be successful, he is drawn to potentially meet his brother, Gerard, another qualifier.

Two Australians arrive in Burnie as seeded players, with Andrew Whittington (No.6) to open his account against Brit Brydan Klein, with the winner to face Saville or Purcell.

Jason Kubler (No.7) – on the back of pushing world No.10 Pablo Carreno Busta to four sets as a wildcard at Australian Open 2018 – has experienced Belgian Kimmer Commerjans to contend with before a potential second round meeting with Marc Polmans or lucky loser Kaichi Uchida of Japan.

Other interesting first round matches include wildcard Blake Ellis and No.3 seed Evan King of the United States and an all-Aussie wildcard encounter between Andrew Harris and Tasmanian Harry Bourchier.