He returns to action tonight in a fourth-round clash with third seed Grigor Dimitrov. 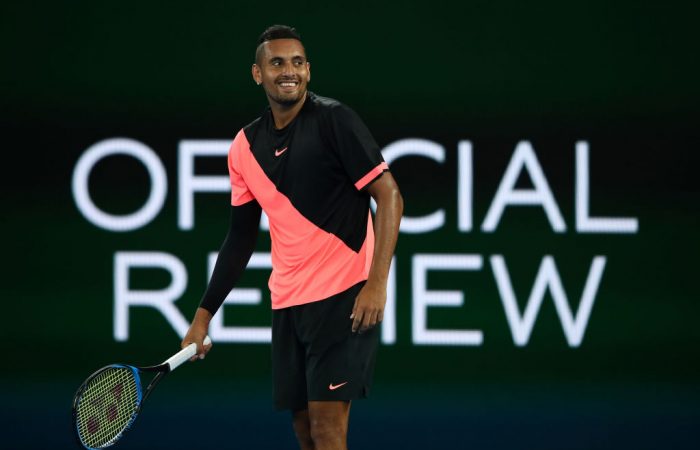 As a more calm and collected Nick Kyrgios takes centre stage at the Australian Open, his tennis is benefiting in the biggest moments.

He returns to action tonight in a fourth-round clash with third seed Grigor Dimitrov. Beginning his tournament with a pledge to be more composed, the Canberran has shown it both on and off the court.

And nowhere is that more evident than his tiebreaks.

Kyrgios is ranked in the sport’s top three, behind only Roger Federer and Alexandr Dolgopolov, for winning them.

He has a 20-8 record in tiebreaks since the start of last year’s Australian Open, including a 4-0 record this week at Melbourne Park. Federer and Dolgopolov are 21-8. Against Tsonga in the third round, it was the difference.

In a match where breaks were hard to come by, Kyrgios won all three to progress to the last 16.

“I knew my best chance was probably to get in a couple breakers,” Kyrgios said. “He served extremely well I thought throughout the whole match. I didn’t really get a look at many second serves at all.”

While Kyrgios’ record in the biggest moment speaks for itself, the 22-year-old said he didn’t know of his top-three record.

“I don’t know if it’s elite,” he said. “Tiebreaks kind of favour the big server. If I’m serving well, I feel like if I can put a couple returns in the court. I got a pretty good shot to win the tiebreak. My mentality doesn’t change. I just try and serve big and play big.”

The Kyrgios-Dimitrov match is the showpiece match of Sunday’s action.

The winner of that clash plays either sixth seed Main Cilic or 10th-ranked Pablo Carreno Busta.

Should Kyrgios progress, he will enjoy a quarterfinal against either Kyle Edmund or Andreas Seppi.

Her biggest rival from the bottom half of the draw, Elina Svitolina, closes centre court against unseeded rival Denisa Allertova.