A full Aussie wrap of day 2 of the juniors event at the Australian Open. 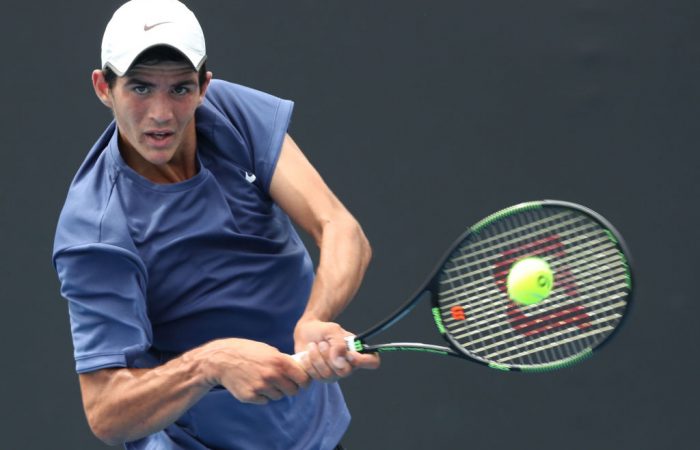 It was a mixed day for the home contingent on the second day of juniors action at Australian Open 2018 in Melbourne.

After the success for the likes of Gabriella Da Silva Fick and Rinky Hijikata on the opening day it was up to the rest of the home grown talent to join their compatriots the second round of the singles draws.

Reigning Australian under-18 boys’ champion Alexander Crnokrak was in action against American 17-year-old Sangeet Sridhar and emerged with a scintillating 6-3 6-1 victory in rapid time.

The match started on serve before the Australian claimed the break in the seventh game of the opening set.

From then on it was smooth sailing for the 17-year-old, who would go on to only drop one more game for the rest of the match.

The Queenslander says that despite having little knowledge of his opponent leading into the match, his focus and belief in his own game led him to victory.

“I actually didn’t know anything about him but that just means I had to focus on my game and the things that I do really well,” he said.

“After I won the first set I felt more relaxed in the second and I think I played a lot better. It was amazing, to get this opportunity and experience is really amazing.”

Crnokrak is joined in the second round by fellow Australian Stefan Storch, who recorded a 3-6 6-2 6-3 win over Frenchman Titouan Droguet.

The 15-year-old came out firing, claiming the early break in the opening stanza and holding the lead. Liang fired back in the second, displaying aggression and flair to level proceedings.

Gadecki was not going to roll over and accept defeat, rallying brilliantly and applying extreme pressure to her opponent’s serve en route to the final set tiebreak.

The 17-year-old was just too clinical in the end, as she claimed the decisive breaker to seal victory in one hour, 49 minutes.

In other results, South Australian Amber Marshall progressed with a 6-1 7-6(6) win over Chinese No.14 seed Qinwen Zheng, while Ivana Popovic fell to American No.12 seed Elysia Bolton 4-6 6-3 6-4.