Rogowska rallies past Fourlis as Stosur falls to Puig

Olivia Rogowska returned to the Melbourne Park main draw second round for the first time since 2014. 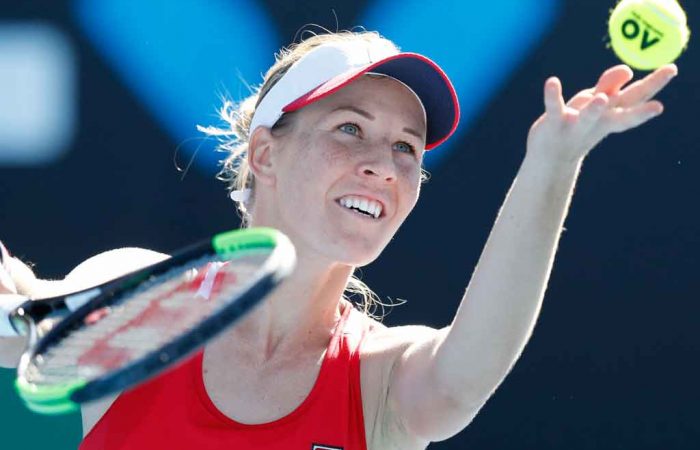 “It’s great, I’ve been playing some pretty good tennis these past couple of weeks,” said the 26-year-old. “When I saw the draw I wasn’t expecting to be the favourite to win the match.

“I was really proud how I handled my routines. There were a fair few nerves, but when I lost that second set, I thought it was a clean slate and played a pretty solid third set to get over the line. Mentally it was a good day.”

Rogowska, who ousted Fourlis in straight sets in Brisbane earlier this month, is delighted to utilise her wildcard opportunity.

“I’ve got nothing to lose now,” said the Melbourne resident, attempting to reach the third hurdle for the first time against Ukranian qualifier Kostyuk.

“The draws could be tougher, but I’m definitely not going to take her lightly. She’s young and obviously hitting the ball well and freely. She’s a very dangerous opponent, but I’ll fight.”

Samantha Stosur surrendered a match point before falling to world No.58 Monica Puig in a stunning 4-6 7-6(6) 6-4 comeback.

Stosur, who has reached the fourth round twice at her home Grand Slam, struck 88 per cent of first serves to command an opening set with 10 winners on the board.

The world No.41 led the second set with a 3-2 break lead, before a sumptuous lob from the Olympic champion helped restore parity to then force a tiebreak

Stosur fought back from 2-4 to match point at 6-5, but Puig teased a forehand error off the Australian’s racquet to prolong the contest, before an acute angled volley clinched a 70-minute set.

Tied at 3-3, Puig chased down a Stosur approach to laser a single-handed backhand down the line en route to the pivotal break, maintaining her advantage to seal her spot in the second round.