Fourlis to learn from Hobart defeat

Jaimee Fourlis sees her loss in Hobart as a learning curve. 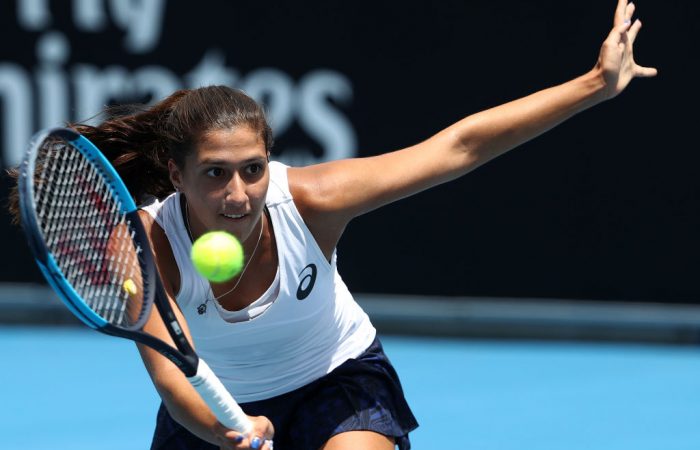 Melbourne teen Jaimee Fourlis admitted nerves got the better of her in a second-round Hobart International loss to Heather Watson.

“The nerves got to me a little bit. It was definitely a learning curve.

“I was in some of those games. She just won the crucial points and played them smarter.”

Fourlis has earned an Australian Open wildcard after winning the Australian under-18 championship earlier this month.

She beat qualifier Nina Stojanovic in Hobart on Monday to register her first WTA win at the same event where she made her top-level singles debut last year.

Watson, who has won through qualifying to set up a quarter-final showdown with Croatia’s Donna Veckic, felt the match was closer than the scoreline suggested.

“Jaimee is a great player and she’s so young. I’m sure she’s going to do really well in the coming years,” Watson said.

“She’s a very aggressive player, swings freely and has no fear. That sort of game style can be very dangerous.”