Nick Kyrgios put on a sizzling performance in Brisbane en route to his fourth career ATP title -- and first on home soil. 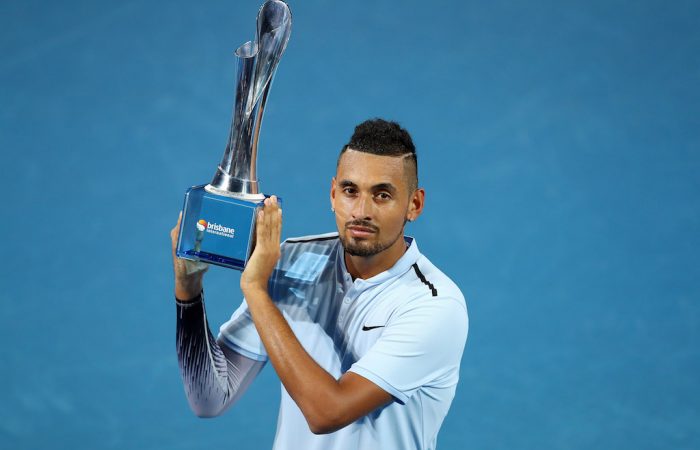 Nick Kyrgios has claimed his maiden ATP title on home soil and first since 2016, combining casual flair with enormous power to beat Ryan Harrison 6-4 6-2 at the Brisbane International.

The 22-year-old staved off five break points in the first set, including three in his third service game as the American made a terrific fist of dealing with the booming Kyrgios delivery.

Whatever happens at @AustralianOpen , we just got a taste of @NickKyrgios at his absolute best… thank you https://t.co/fqEFLkqOVY

But the Australian third seed held his nerve and pounced at his first opportunity, a pair of forehand passing shots earning the decisive break before an ace sealed the first set in 37 minutes.

Twice Kyrgios thrilled the crowd with delightful touch at the net, while he used angles from the baseline and the occasional flat forehand to throw the 25-year-old off his game.

“I love playing in front of you guys. Even though sometimes it may not seem that way. But I do” @NickKyrgios #BrisbaneTENnis pic.twitter.com/sX0MvRRZsT