Kyrgios through to Brisbane final

Nick Kyrgios is through to his first ATP final in his home country after defeating No.1 seed Grigor Dimitrov in Brisbane. 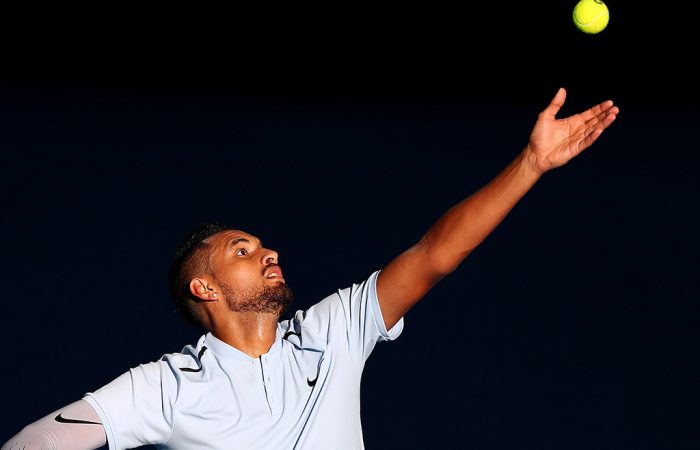 Four years later, the Australian No.1 hopes to join his hero on the winner’s list after upsetting world No.3 Grigor Dimitrov in the semi-finals to earn his first ATP tour final berth on home spoil.

Kyrgios with the casual winner: pic.twitter.com/0sQU9mDAgy

Kyrgios – ranked 18 spots lower than the Bulgarian – overcame another slow start to oust the defending champion 3-6 6-1 6-4 and book a Sunday final against unseeded American Ryan Harrison.

Third seed Kyrgios’ ranking will move to 18 after reaching the final and climb to 17 if he disposes of Harrison.

But the 22-year-old reckons there’s a much bigger prize on offer – joining Hewitt on Brisbane’s winners list four years after cheering him on to an upset victory over Roger Federer.