Nick Kyrgios is through to the semifinals of the Brisbane International after defeating Alexandr Dolgopolov in a thrilling three-set contest. 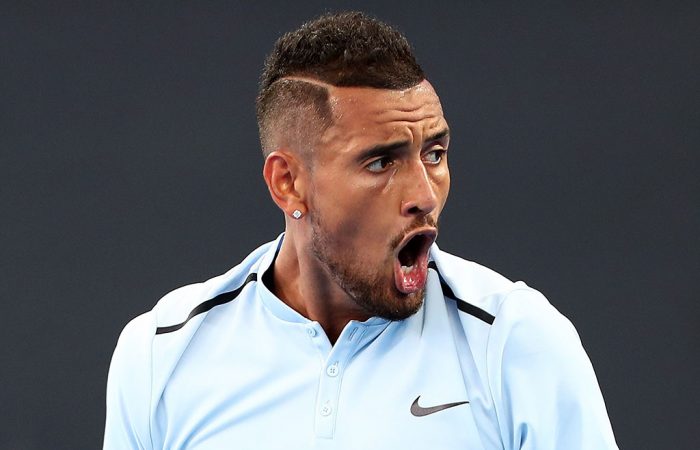 Australian No.1 Nick Kyrgios has dug deep to move through to the Brisbane International semi-finals after a come from behind 1-6 6-3 6-4 victory over Ukraine’s Alexandr Dolgopolov.

But the dual grand slam quarterfinalist held his nerve to book a semi-final showdown with the winner of Friday night’s clash between top seed Grigor Dimitrov of Bulgaria and Briton Kyle Edmund.

Third seed Kyrgios, 22, did not look comfortable from the outset with his left knee strapped after tweaking it in his second-round win over fellow Australian Matthew Ebden.

Dolgopolov took full advantage to cruise through the first set before Kyrgios appeared to flick a switch in the second.

He broke the Ukrainian in the second game and claimed the second set in just 29 minutes.

Kyrgios then secured a vital break in the seventh game of the third set before clinching the come from behind victory in 90 minutes at Pat Rafter Arena.