Rusty Stosur bundled out of Brisbane

Facing a tough draw against No.7 seed Anastasija Sevastova, Sam Stosur found the going even tougher on court during a straight-sets loss to the Latvian at the Brisbane International. 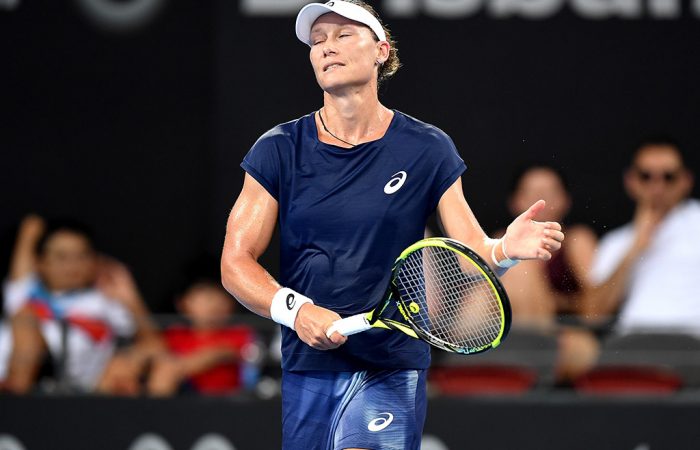 The world No.41 had her opportunities in the first set, but wasn’t given a second chance by the Latvian in a one-sided affair on Pat Rafter Arena.

In eight visits to Brisbane, Stosur is yet to pass the second round.

Stosur will play the Sydney International before attempting to progress beyond the fourth round for the first time at the Australian Open.