Pat Cash and Mats Wilander will celebrate 30 years since their epic 1988 final when they return as part of the field for the Australian Open Legends tournament. 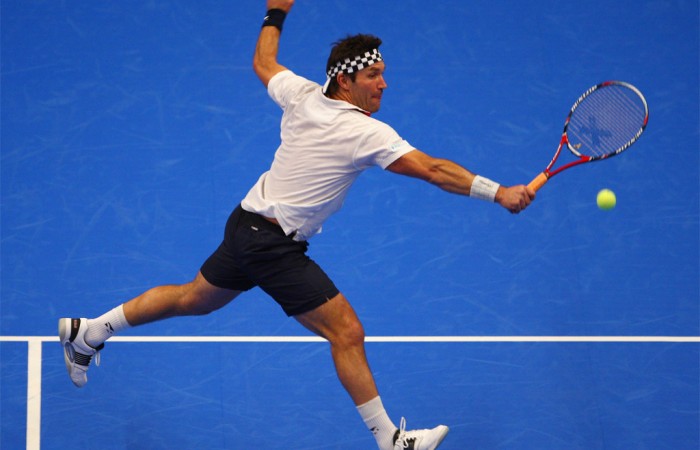 After their epic five set final at Melbourne Park 30 years ago, Mats Wilander and Pat Cash will return to the courts once again for the Australian Open Legends tournament.

Australian Open Legends Tournament Director Todd Woodbridge said Cash and Wilander will be an important part of a huge field of tennis superstars lined up for the AO Legends, many who have had massive success at the Australian Open themselves.

“Having them back on court to celebrate one of the great Australian Open finals will be brilliant,” Woodbridge said.

“Don’t be fooled either, they both still play some very good tennis.”

Cash and Wilander both are very much looking forward to playing again at Melbourne Park, and have warm memories of that classic final that set the new Australian Open on its way.

“I obviously have plenty of memories most of them fond,” Cash said.

“Losing to Wilander in the final was a huge disappointment to me especially after losing the previous year in the final to Edberg, but in retrospect I played really well and just couldn’t pull off the win.”

Added Wilander: “Playing Pat in the finals on the bicentennial birthday of Australia that day was extremely special.”

Cash is joined by three other Australians at the legends event – Mark Philippoussis, Rennae Stubbs and Nicole Bradtke.

Spicing up the competition in the women’s field is Spanish great Arantxa Sanchez Vicario.

“We are thrilled to welcome back 14 time Grand Slam Champion and former world No.1 Arantxa Sanchez Vicario,” Woodbridge said.

“Aranxta was one of the true champions of our sport winning multiple slams in singles, doubles and mixed. She was such a positive player to watch, always smiling, but underneath she was one of the most tenacious competitors to have played our sport.”

Sanchez Vicario said she couldn’t wait to return to the Australian Open after missing the 2017 event due to a skiing accident.

“It’s always been one of my favourites and it is incredible how the tournament just keeps getting better and better. I can’t wait to see what improvements are made this year,” she said.

Sanchez Vicario will be joined in the legends field by her former doubles partner, Daniela Hantuchova.

The former world No.5 has recently retired after a stellar career spanning 18 years, which included winning all four Grand Slams in mixed doubles, the Hopman Cup in 2005 and Fed Cup in 2002.

As a duo Hantuchova and Sanchez Vicario reached the Australian Open women’s doubles final in 2002.

“I’m so pleased to be starting my Legends Career at the Australian Open,” Hantuchova said.

“A highlight of my singles career was in Melbourne when I reached the semifinal in 2008, and to be back in a much more relaxed fashion will be so much fun.”

The Australian Open Legends will kick off on the middle weekend, 20 and 21 January. Ground pass holders can catch all the action on the outside courts and Woodbridge is excited about the quality field contesting the event.

“We’ve gathered another top quality field for the AO Legends, and when you crunch the numbers there is an extraordinary amount of Grand Slam titles and experience out on court,” he said.

“I’m looking forward to another great tournament and I know it will be a lot of fun for the players and the fans.”