Victoria scored a victory for the locals when its team took out the Sproule Stephens Cup for 14/u boys, while international squads dominated the other team divisions at Melbourne Park. 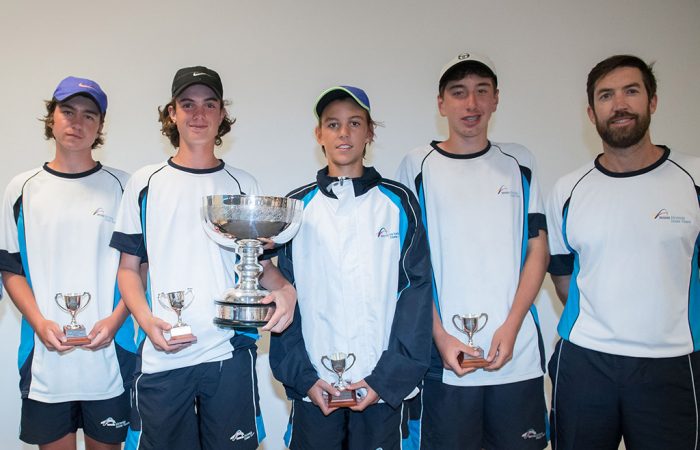 Melbourne Park has been another huge week of activity for Australia’s – and the world’s – best juniors.

Results from the Rod Laver Cup (12/u boys), Margaret Court Cup (12/u girls), Sproule Stephens Cup (14/u boys) and Mary Hawton Trophy (14/U girls) have all been decided.

The 12/u boys and girls tournaments have started, with the No.1 seed in the boys, Shogo Sdanada, and girls’ top seed, Vivian Jang, both scoring wins.

The 16/u singles had qualifying matches on Tuesday at Melbourne Park, with all the action set to kick off in coming days for that tournament.