Cavrak, Sweeny sweep into 16/u second round

Dane Sweeny and Ken Cavrak, the top two seeds in the boys' 16/u Australian Championships, kicked off their campaigns in style at Melbourne Park on Wednesday. 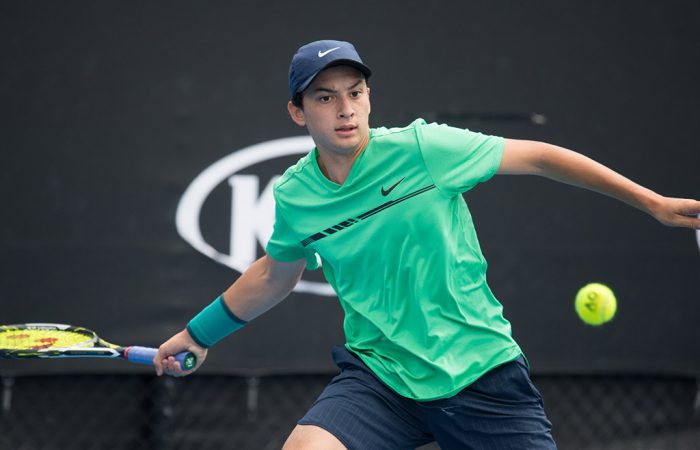 The 16/u Australian Championships kicked off on Wednesday as part of December Showdown, with the top seeds having very strong results at Melbourne Park in tough conditions.

Boys No.1 seed Dane Sweeny won 6-1 6-2 over Thomas Pavlekovich-Smith, while No.2 seed Ken Cavrak also had a comfortable win, taking out Sam Edgar 6-2 6-3.

There were some familiar faces competing in the 16/u boys’ singles, including 14/u champion and runner-up Cooper White and Casey Hoole respectively.

The girls 16/u championships extended well beyond 6pm, after play was delayed earlier on Wednesday due to extreme heat.

In the boys 12/u singles second round, No.1 seed Shoga Sanada defeated Cooper Errery 6-0 6-0, while No.2 seed Zachary Viiala overcame Jesse Ingleton 6-1 6-1.