Nkomba, Crnokrak to clash in 18/u final

Benard Nkomba and Alexander Crnokrak will do battle in Saturday's final of the 18/u Australian Championships after coming through their respective semifinal matches in straight sets. 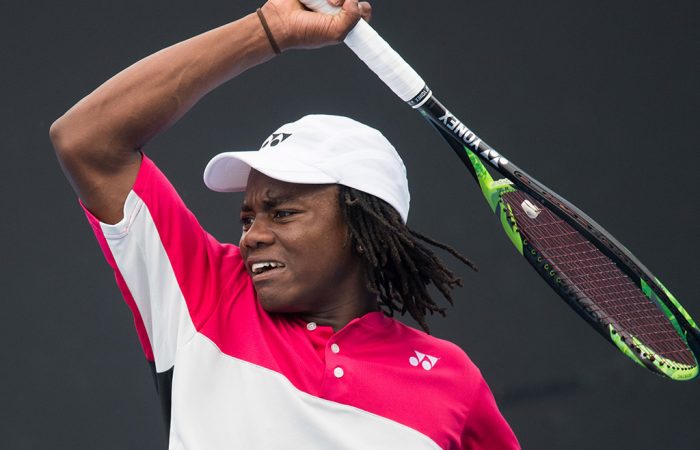 Benard Nkomba and Alexander Crnokrak will play off in the final of the 18/u Australian Championships after cruising to victory in the semifinals at Melbourne Park on Friday.

Nkomba controlled the match from start to finish in his 6-2 6-0 win against qualifier Joshua Spaull.

“I thought I played solid. I didn’t give him too many free points and I managed to shrink the court which made him start to go for shots that he might not have been comfortable playing,” the second-seed told tennis.com.au after the match.

Nkomba said he was happy with his ability to improve on the aspects of his game that were letting him down in the early stages of the tournament.

“I think I’ve needed to hold my serve more and today I did that so that was satisfying. I still think I need to come into the net more and attack those short balls,” he said.

“I think I played pretty solid throughout the tournament. I feel like I’ve been competing pretty well and I haven’t given away too many free points, which is good.”

RELATED: Fourlis, Aiava to battle for AO wildcard in 18/u girls’ final

Nkomba, who hails from Zimbabwe and lives in New South Wales, is undefeated in December.

After a back-and-forth first set, Crnokrak pulled away in the second to complete victory.

The result comes as a surprise, given Crnokrak’s struggles in the round-robin stage of the event. The Queenslander lost two out of his three Group B matchups but has since found form in the knockout stage.

Nkomba goes into the final as the overwhelming favourite; he defeated Crnokrak 6-1 0-6 6-3 during the round-robin stage this week.

“We just played on Tuesday so that match is still fresh in my mind and I know what to expect,” said Nkomba.

“Either way I think it will be a fun match.”