Fourlis and Aiava to battle for Australian Open wildcard

In a re-match of last year's 18/u Australian Championships girls' final, Jaimee Fourlis and Destanee Aiava will face off on Saturday, with the winner snaring an Australian Open main draw wildcard. 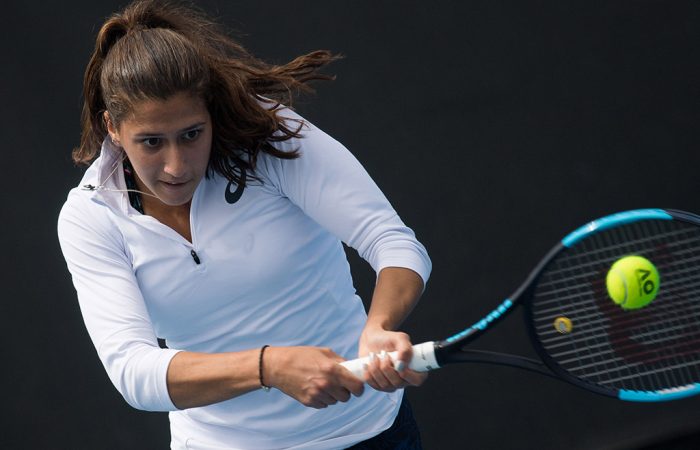 Victorians Destanee Aiava and Jaimee Fourlis will play each other, again, in the final of the 18/u Australian Championships – with an all-important Australian Open main-draw wildcard up for grabs.

The pair have played several times before, and know each other’s games very well. A close match is expected.

Both have been dominant at Melbourne Park all week, not dropping a set on their way to the final.

Aiava, who won the wildcard in this event this time last year to make her debut at the Australian Open in January, said that while she was happy with her game, there was always a search for improvement.

“It’s great to get another match out of the way. I felt I served a lot better than yesterday which was great,” she said.

She said it was a good feeling to be back in the finals of the 18/u Australian Championships.

“I’m pretty happy about that,” she said. “I will just focus on one point at a time. I’m just looking forward to the match.”

Fourlis has been just as dominant as Aiava on her way to the final.

“It’s an awesome opportunity,” Fourlis said of the chance to win direct entry into the Australian Open.

Fourlis, despite losing to Aiava in last year’s final, also ended up playing the Australian Open and reaching the second round of her first Grand Slam event – after winning the AO Playoff tournament.

A win in tomorrow’s final will give one of them a valuable week off when their rivals are contesting the play-off.

Both Aiava and Fourlis had a huge year of ranking improvement on the WTA Tour, with Aiava finishing the year ranked No.153, and Fourlis closing her reason ranked No.322.