The best players in the Asia-Pacific region will descend on Zhuhai, China to play off for a coveted wildcard into the main draw at Australian Open 2018. 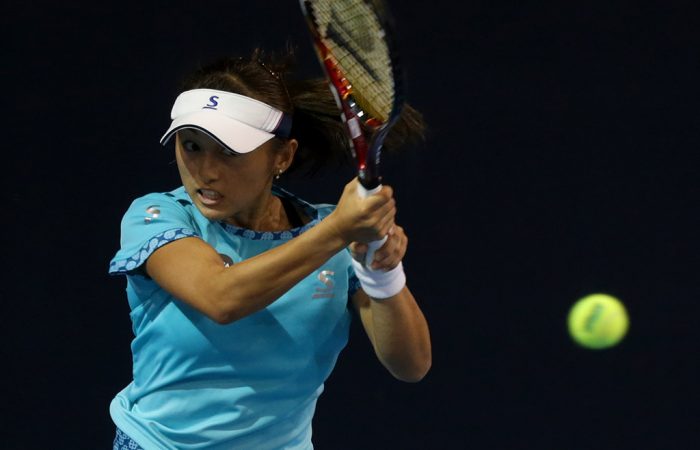 A line up of the best Asian tennis players will soon compete in Zhuhai, China, for a huge prize – the chance to play at the Australian Open.

The Asia-Pacific Wildcard Play-Off field is taking shape, with 16 men and women competing for that very valuable wildcard, with the potential to kick off – or kick start – their tennis career.

The playoff starts in the Chinese City of Zhuhai on Tuesday 28 November, and wraps up on Sunday 3 December 2017.

In January Denis Istomin from Uzbekistan made the most of his opportunity after winning last year’s Asia-Pacific Wildcard Play-Off, making the fourth round of the Australian Open and taking out the huge scalp of the then world No.2 Novak Djokovic on the way.

The 16 men and women will be trying to replicate exactly what Istomin did, and there is an impressive field of rising stars from the Asia Pacific ready to make that next step at Grand Slam level.

The top seed on the men’s side is Soon Woo Kwon from South Korea, who is currently ranked No.170 and followed closely by Ze Zhang, ranked No.194.

In the women’s field, the top seed is experienced Japanese player Misaki Doi, ranked No.122, followed by Taipei’s Kai-Chen Chang, ranked No.219, and Chinese player Jing-Jing Lu, ranked No.163.

Australian Open tournament director Craig Tiley said the Asia-Pacific Wildcard Play-Off is an important chance for someone to make an impact on the big stage in January.

“You look at Istomin this year and his incredible fourth-round run, and that shows the players and the tennis community just how important and valuable the Asia-Pacific wildcard is,” Tiley said.

“It’s again a very competitive field in Asia, so it will be interesting to see who makes that very important next step and wins a spot in the Australian Open field.”

“With players from 11 countries competing for the much coveted wildcards, we are particularly pleased to have Abigail Tere-Apisah from Papua New Guinea participating in the women’s main draw and also see the Northern Mariana Islands represented as part of the junior girls draw,” she said.

The Australian Open is committed to growing the tournament in Asia, and the Asia-Pacific Wildcard Play-off will be broadcast around the world via broadcast partners and the Tennis Australia website. It’s the first time Tennis Australia will manage the host broadcast of the event, with 60 matches broadcast across qualifying and the main draw.

“We are committed to growing this event, and have worked hard to improve the broadcast to ensure keen tennis fans around the world can tune in to watch what will be some very good tennis,” Tiley said.

There will also be Australian Open wildcards awarded in men’s and women’s doubles, and boys and girls singles.

In addition to being available via live streaming, the Australian Open 2018 Asia-Pacific Wildcard Play-off will be broadcast in India, the United States and China, as well as in other countries throughout Asia and Africa.