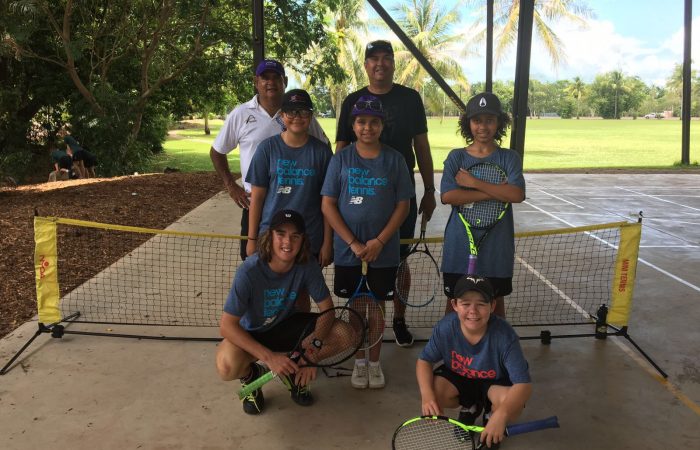 Between Thursday 9 November and Tuesday 13 November, 12 Indigenous Youth travelled to the Northern Territory as part of a program called the Anglicare Victoria Indigenous Youth Leadership Academy.

The Anglicare Victoria Indigenous Youth Leadership Academy program originated in 2014 when elders from the Goolum Goolum Aboriginal Co-Op approached Anglicare Victoria asking to help address their concerns about the low engagement with education amongst young people in the community and the lack of emerging next-generation leaders.

The trip was culturally underpinned – the young people will take part in sessions such as Strengthening Cultural Identity as well as education study skills sessions, and leadership forums with major organisations including Tennis Australia, Essendon Football Club and leadership talks from Michael Long and Ian Goolagong.

One of the activities run by the Indigenous Youth Leadership Academy was tennis clinics at local Marrara Christian College with years 3/4/5 students from the school.

“The Tennis Clinic provided a great opportunity for kids from all different mobs from all over the country to meet other young people. It gave the young people from the leadership group a responsibility an opportunity to lead,” Ian Goolagong said.