Two-time Wimbledon champion Petra Kvitová, a former winner in Sydney, will return to the Harbour City in 2018 in another coup for the women's field. 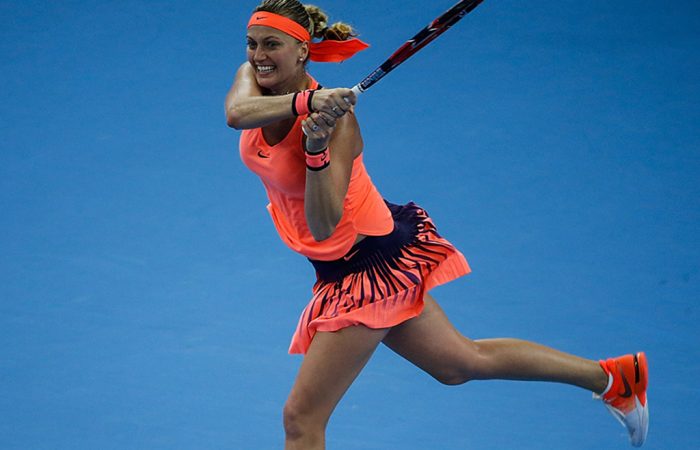 Petra Kvitová has added her name to the impressive list of Grand Slam champions who will compete at the 2018 Sydney International.

The champion in Sydney in 2015, and twice a semifinalist (in 2012 and 2014), Kvitová was forced to miss this year’s Sydney International after she was attacked during a home invasion in December 2016 and was sidelined for five months.

She returned to competitive tennis at the French Open. It was the start of an impressive comeback that saw the two-time Wimbledon champion win the Birmingham title two weeks later. The 27-year-old then went on to reach the quarterfinals at the US Open and the semi-finals in Beijing in the latter stages of the season.

Looking forward to an uninterrupted 2018 pre-season, Kvitová said the high-quality line up in Sydney is the reason she chose to start the year in the Harbour City.

“I’m really looking forward to being back in Sydney in January, particularly because I wasn’t able to play there this year,” said Kvitová.

“It’s a beautiful city and the tournament has attracted a top field this year which will make it a great test before the Australian Open.

“I know that I have no points to defend in the first half of the year so I’m seeing 2018 as a fresh start and a chance to embrace my ‘second career’, if I can call it that. The conditions in Australia are always great and suit my game so hopefully I can find my best tennis early in the season.”

Sydney International Tournament Director and Tennis NSW CEO Lawrence Robertson said he is delighted to add another Grand Slam winner to the list of Sydney International competitors, and paid tribute to Kvitová’s resilience in embracing her “second career”.

“You can never have too many Grand Slam champions at your tournament, and this year’s list is one of our most star-studded draws ever,” said Robertson.

“We work hard to create an event that attracts the world’s best and our entries for 2018 prove we’re doing just that.

“Petra’s attendance is special though. This will be her fifth appearance at the Sydney International and her impressive comeback is an inspiration to all. We’re proud and excited that she has decided that Sydney is the best place to start her 2018 season.”

Headlining the men’s side of the draw is defending champion Gilles Muller and former top 10 player Fernando Verdasco.