Australia's best wheelchair tennis athletes will compete in the national championships in Melbourne over the weekend - with an Australian Open 2018 wildcard at stake. 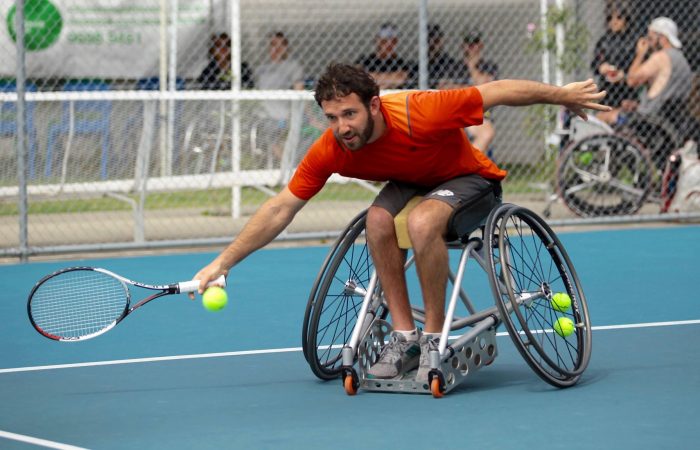 Australia’s best wheelchair athletes, including Paralympians Adam Kellerman and Ben Weekes, will battle it out at the National Wheelchair Tennis Championships on 17-19 November.

The tournament will take place at the National Tennis Centre in Melbourne and will host all four wheelchair divisions including women’s, men’s, quad and junior events.

The men’s wheelchair main draw will also see athletes compete for an Australian Open 2018 wildcard, with the final set to be played on Sunday.

Tennis Australia Wheelchair Tournaments Coordinator Holly Tawse said the event was a great way for players to benchmark themselves against the nation’s best.

“This year’s championships are set to have one of the strongest fields since the introduction of the tournament in 2015,” Tawse said.

“Demand for wheelchair tennis continues to grow, thanks to a bigger investment in the sport and the popularity of Paralympic gold medallist Dylan Alcott.

“Tournaments are a valuable platform to increase awareness of the sport amongst communities and encourage people of all abilities to get involved.

“Having a strong competitive field across men’s, women’s, quad and junior divisions is a reflection of the growth of wheelchair tennis and we hope that trend continues.

“This weekend we will also be hosting a Come and Try day for anyone wishing to try the sport alongside some of the country’s best athletes.”

One of Australia’s leading Wheelchair tennis coaches, Greg Crump, will host a tennis clinic on Friday for the Royal Talbot Rehabilitation Centre at Melbourne Park.