John Peers and Henri Kontinen have sealed their place in the ATP Finals semifinals for the second straight year in London. 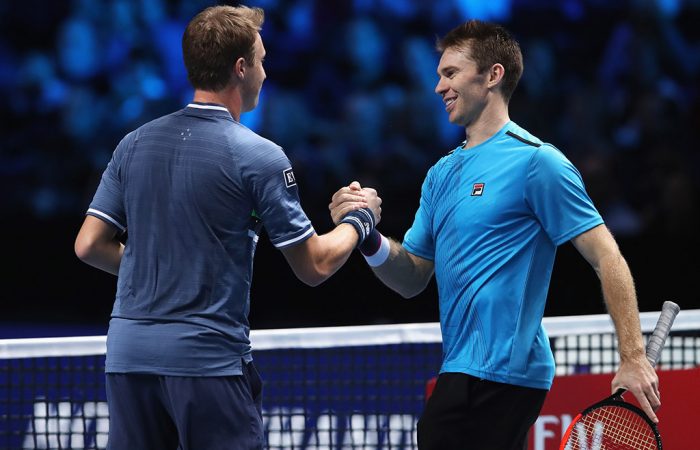 Australia’s John Peers and Finnish teammate Henri Kontinen are back in the semifinals of the season-ending ATP Finals in London.

After winning the prestigious title last year, Peers and Kontinen again advanced to the last four after French duo Nicolas Mahut and Pierre-Hugues Herbert were forced to withdraw.

Herbert injured his back during Thursday morning’s practice session and later announced his withdrawal; the team was replaced by alternates Raven Klaasen and Rajeev Ram.

I'm starting crossing fingers and toes as Herbert left practice suddenly after missing a serve. Mahut did look a bit surprised. Hope it's nothing.

They finished group play with a 2-1 record, behind the unbeaten duo of Ryan Harrison and Michael Venus.

Peers and Kontinen will in the semifinals face the top-finishing team from the other round-robin group; at the moment that’s likely to be Lukasz Kubot and Marcelo Melo, who have won both their round-robin matches in straight sets.

Kubot and Melo face Jamie Murray and Bruno Soares – currently with a 1-1 record on Friday in London.