A rejuvenated Ashleigh Barty is no longer fearful of the strains of a tennis season after her dream 2017 campaign was ended on Saturday night. 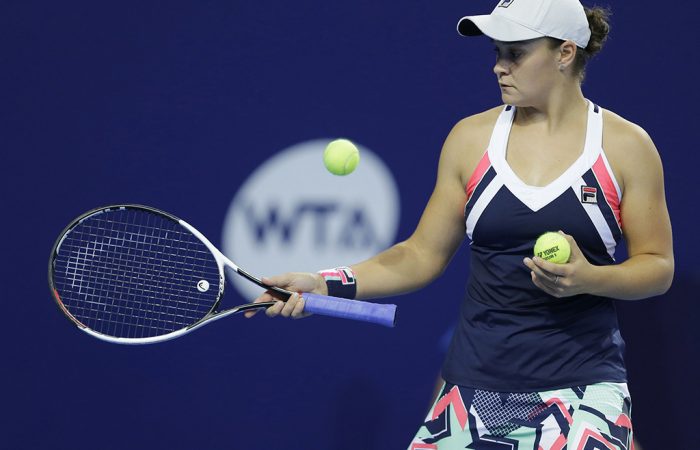 A rejuvenated Ashleigh Barty is no longer fearful of the strains of a tennis season after her dream 2017 campaign was ended on Saturday night.

The 21-year-old was outside the world’s top 300 this time last year but will finish the year as high as 16 after reaching the semi-finals at the WTA Elite Trophy in China.

Barty was prepared to shrug off Saturday’s 6-3 6-3 loss to a red-hot Coco Vandeweghe and instead reflect on her rapid rise.

“It’s been an amazing season, it truly has,” Barty said.

“You’re disappointed not to win a tennis match but you’ve got to put things in perspective.

“I’ve played top-10 players this year and felt comfortable, but Coco just has that ability to hit players off the court.”

The Queenslander debuted at the Australian Open as a 15-year-old but looked lost to the game when she turned to cricket in late 2014 citing the need for a mental break.

The talented teenager made a tentative return to the circuit in 2016 and says after her first full season back on tour she is fresh enough to keep going.

“But I said when I came back I was refreshed and ready to go and that hard work has paid off because I feel great.

“I feel like if I had to, we could play again next week.”

Barty will enjoy some time off – spent at the beach and the Gabba for the first Ashes Test – before preparing for the Brisbane International.

“It’s been really nice to get that support (recently) and when I am home it’ll be nice, a bit of a different feel,” Barty said of her new standing as the country’s highest-ranked player.

“I’ve always had good support and never felt left out or anything but I’ve put myself in a position now where I can probably get a little bit more support from home.”