Ash Barty marks her 25th birthday in Stuttgart with a semifinal win over Elina Svitolina, securing her appearance in a third WTA final this year. 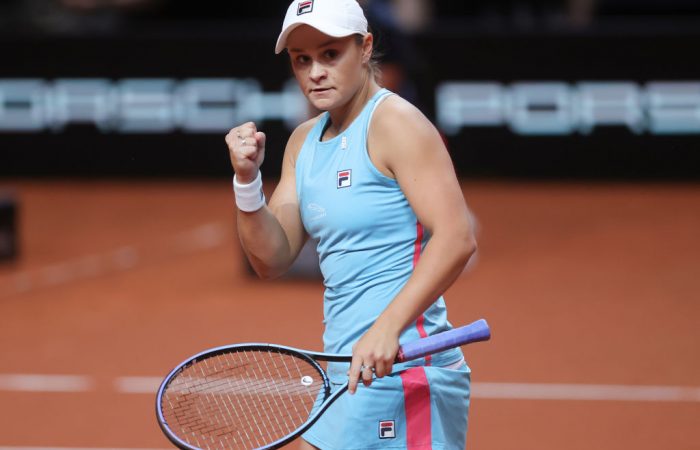 Ash Barty will vie for a third 2021 title at the Porsche Grand Prix in Stuttgart, following a hard-fought semifinal victory over Elina Svitolina.

Svitolina served for victory at 5-4 in the second set but the determined Barty recovered to seize the set in a tiebreak.

With service breaks secured in the third and seventh games, the Australian wrestled control in the decider, sealing victory in just under two hours.

It was Barty’s third straight win over Svitolina, the most recent victory secured in straight sets in the Miami semifinals. It follows five losses to the Ukrainian early in her career.

Barty, who also celebrated her 25th birthday in Stuttgart, hit 36 winners and recorded 26 unforced errors against the No.4 seed.

Making her tournament debut at the Porsche Grand Prix, Barty is aiming to become the first world No.1 to win the Stuttgart title since Justine Henin in 2007.

She faces Aryna Sabalenka in the final, after the Belarusian overcame world No.2 Simona Halep.

Victory would add to the titles Barty has already claimed this year at the Melbourne Summer Series and in Miami.

“I love to play tennis and I love to compete, so to do it on my birthday is even more special,” said Barty, also combined with Jennifer Brady to reach the doubles final in Stuttgart.